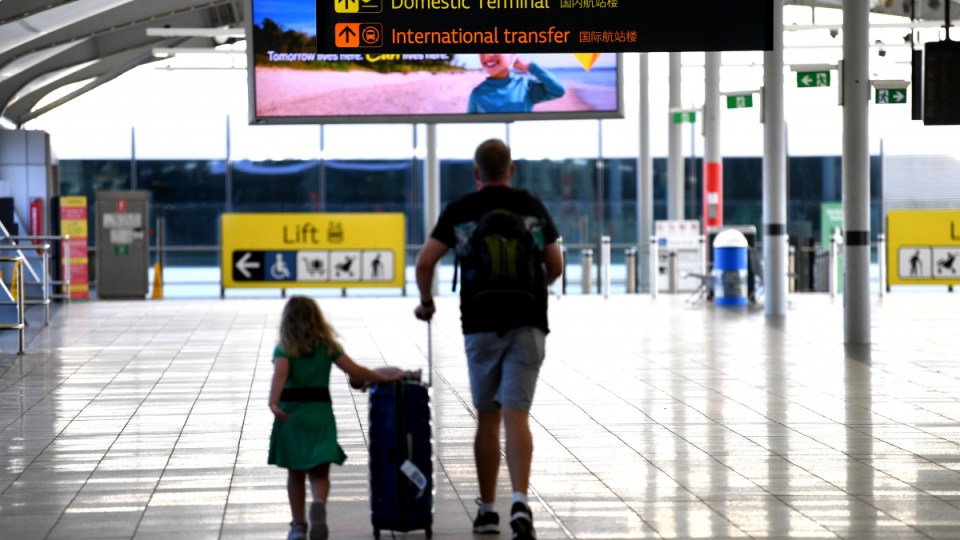 Queensland has brought forward its border opening, with some interstate travellers able to apply for passes to enter the state from later on Monday.

Queensland passed a 70 per cent double vaccination of those over 16 target on Sunday, paving the way for its border to open – initially expected this Friday.

But on Monday, Premier Annastacia Palaszczuk confirmed fully vaccinated travellers from interstate hotspots in NSW, Victoria and the ACT would be able to enter the state from 5pm Monday (local time). They will have to first produce a negative COVID test, and then quarantine for 14 days.

“That has come in earlier than expected, and if these rates continue, that is good news because it may even see our date in December [for a further easing of border rules], come a little bit forward as well – but that depends on Queenslanders getting vaccinated,” she said.

The state’s vaccine drive has gathered pace as the Queensland government revealed plans to ban unvaccinated people from venues once 80 per cent of residents are fully vaccinated.

From Monday afternoon, fully vaccinated domestic travellers who return a negative PCR test and fly in from hotspots can quarantine at home, as long as their residence meets requirements.

Applicants must live within two hours’ drive of an airport and they must be able to directly access their homes from outside, rather than via shared enclosed entrances. They will not be able to travel by standard taxi or ride-share, but can be picked up by someone they are going to quarantine with or use contactless car rentals or government-organised transport.

“Today is the day that you can start putting in place your travel arrangements,” she said.

“Start booking your flights, if you’re fully vaccinated – go get your [COVID-19] test, as soon as it’s negative and your flight’s booked, your border pass will be instant.”

Domestic arrivals from areas of Australia that aren’t COVID-19 hotspots will still be able to enter Queensland without any restrictions or quarantine requirements.

Meanwhile, the state’s mandate for interstate truck drivers to be fully vaccinated came into effect on Monday morning.

Queensland Trucking Association chief executive Gary Mahon said most drivers had had one jab or were fully vaccinated, but about 5 per cent had left the industry or shifted to intrastate driving only.

“Some of them have given this line of work away, and others have chosen to move to a different line of work, so there’s been a bit of a blend of different, you might say, attitudes,” he told ABC radio on Monday.

“There’s been a very small percentage of those who probably, you know, you would generally categorise as falling into the anti-vax group.”

Mr Mahon said given the industry had abided by the government’s vaccine mandate, it was time to drop the requirement that interstate truckies must return a negative PCR test every seven days.

The industry has asked the Queensland government to drop the measure, but is yet to get a response.

“The seven-day requirement, we believe, should be dropped and also when we can’t see why you would need to maintain the administration around freight passes,” Mr Mahon said.

“We’ve asked a question and we’re waiting on an answer in the next week or so.”

Queensland had no local COVID cases on Monday, and two infections in hotel quarantine.