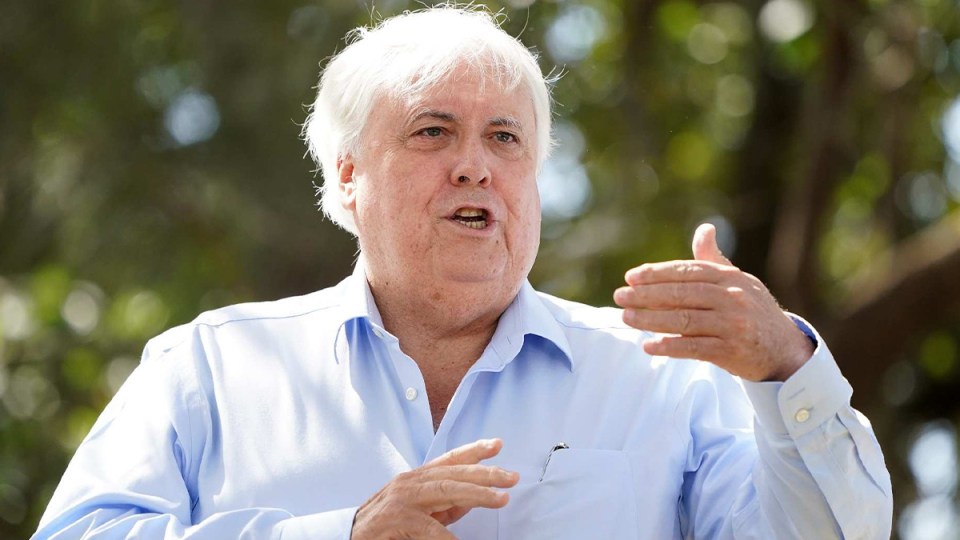 Clive Palmer will be able to attend his defamation case against the WA Premier in person, despite being unvaccinated. Photo: AAP/Dave Hunt

Businessman Clive Palmer is planning legal action against the Queensland government’s plan to ban unvaccinated people from venues and restrict their visits to hospitals when state borders reopen.

Premier Annastacia Palaszczuk unveiled plans on Tuesday to restrict people who aren’t fully vaccinated against COVID by the time 80 per cent of eligible Queenslanders have had two jabs, or December 17 at the latest.

Unvaccinated people will be banned from all pubs, cafes and restaurants to cinemas, theatres and stadiums.

They will also be banned from aged and disability care facilities, prisons, and hospitals unless they’re giving birth, making an end-of-life visit or in need of emergency medical treatment.

Mr Palmer, a long-time critic of restrictions, said his lawyers would challenge the bans in the Queensland Supreme Court or the High Court.

He said restricting unvaccinated people from venues was unconstitutional and would create “a two-class society”.

“Annastacia Palaszczuk has brought in these unconstitutional laws under the guise of so-called emergency legislation,” Mr Palmer said on Wednesday.

“However, we don’t have a COVID emergency in Queensland. Her theories are merely hypothetical and the United Australia Party will challenge these restrictions in the Queensland Supreme Court or the High Court of Australia.

“These actions of malfeasance and discrimination will lead to a two-class society in Queensland.”

Mr Palmer’s United Australia Party is running in the upcoming federal election, with a platform of repealing all public health measures aimed at controlling the pandemic.

He said the coming venue ban on the unvaccinated would cause financial losses for Queenslanders.

The Chamber of Commerce and Industry Queensland has welcomed the venue rules, saying they provide businesses with clarity ahead of the borders reopening.