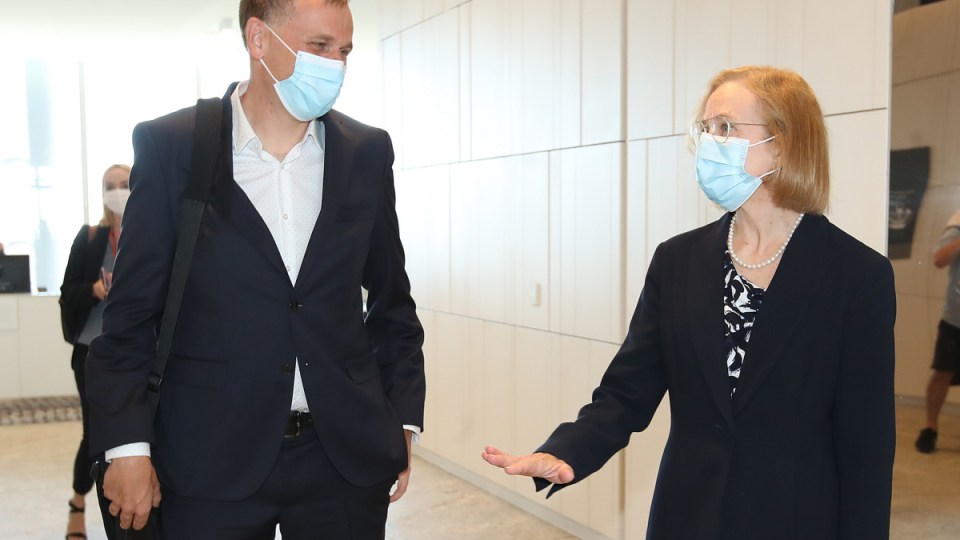 Dr Hajkowicz had been due to take over from Dr Young on Monday. Photo: AAP

Queensland will restart the search for a permanent chief health officer after the replacement for the outgoing Jeannette Young fell through at the eleventh hour.

Infectious disease doctor Krispin Hajkowicz had been described as the “perfect person” for the role, but Health Minister Yvette D’Ath announced on Thursday he would not take on the position – citing “personal reasons”.

Dr Hajkowicz had been due to begin on Monday, when Dr Young will be sworn in as the next Governor of Queensland.

Deputy CHO Peter Aitken will instead act in the role for the time being.

As the state prepares for more COVID-19 cases when borders reopen in December, Deputy Premier Steven Miles said Dr Hajkowicz’s decision was “obviously not the outcome we wanted”.

While the situation was “not ideal”, Mr Miles said there was an increased support network around the chief health officer role – including three official deputies.

“I’m quite confident that will allow for continuity in the advice that government receives,” he said.

“With Dr Peter Aitken acting in the role and the director-general moving quickly to find a new recruit for the ongoing role, we’re not going to miss a beat.”

Dr Hajkowicz was chosen ahead of several candidates, and Mr Miles said a new CHO could be drawn from the original pool, or a recruitment process started again.

There were no new cases of COVID in Queensland on Friday.