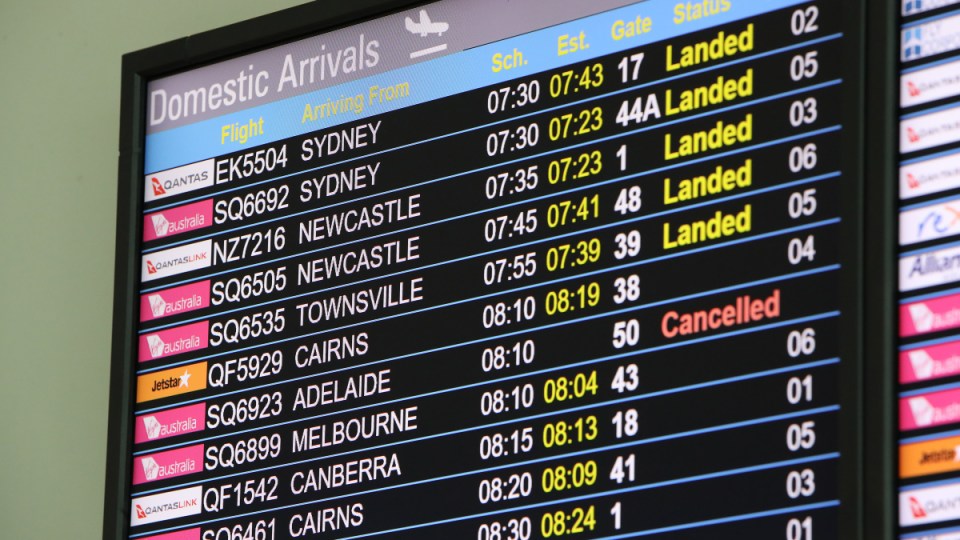 A traveller from Sydney with COVID-19 tried to enter Queensland before police turned him around. Photo: Getty

A traveller with COVID-19 tried to enter Queensland before being turned around by police last week.

Queensland Health said the man arrived in Brisbane on Virgin Airlines flight 91 from Sydney last Friday morning, but he did not have a valid border pass to enter.

He was put into hotel quarantine and tested for COVID, while authorities waited to send him on back to Sydney on another flight.

The man then flew back to Sydney on Qantas flight 509 on Saturday morning.

Queensland Health then received his test results, which were positive.

Brisbane Airport has since been listed as a low-risk exposure site for Friday and Saturday mornings.

The domestic terminal’s departure Gate 24 has been listed as a close contact exposure site between 6.18am and 7am on Saturday.

Meanwhile, more than 70 per cent eligible Queenslanders have had a first dose of a COVID-19 vaccine after the state used public schools to roll it out over the weekend.

The state is behind most other states except Western Australia in the rollout. Vaccine co-ordinator and Deputy Police Commissioner Shane Chelepy said that was not due to hesitancy, but complacency.

“Absolutely, Queensland and WA, we’ve done so well keeping COVID out of our states, I don’t think it’s necessarily hesitancy, I just think that people have become complacent,” he told ABC Radio.

“We’re a bit of a victim of our own success in Queensland, but it’s not going to hold and people need to realise waiting for a vaccine is like waiting for a hailstorm to be over top of your car. It’s no good moving your car undercover once it’s damaged, it’s the same as the vaccine, we need to get out and get it now.”

Mr Chelepy said the state came close to an outbreak two weeks ago, and it would not hold out the Delta strain forever.

Queenslanders had plenty of different vaccine options available, he said, so it was time for people to come forward and get the jab.

Queensland has also kicked off a trial of home quarantine for 1000 residents, some of whom have been struck in interstate hotspots for months.

Participants must be fully vaccinated and test negative within three days of travelling to Queensland.

The government says home quarantine will be expanded if the trial is successful.

Bernard Collaery case is a rare whistleblower win, but why was he prosecuted?
Masks, gatherings and home visits: Qld winds back virus rules
Today's Stories