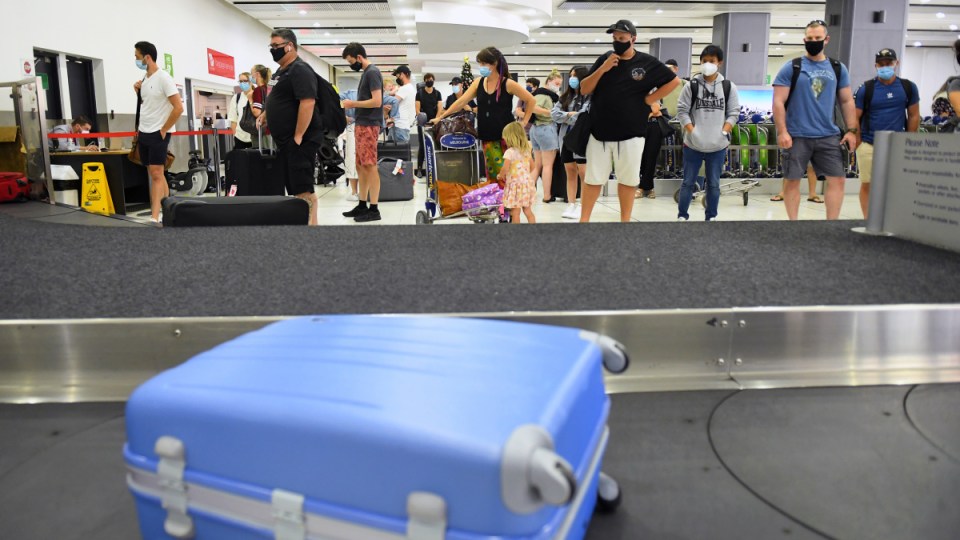 One of Queensland's two COVID cases on Tuesday was alerted to her positive test while on a flight from Melbourne. Photo: AAP

One of the new cases, a three-year-old girl, is linked to the aviation cluster in the state’s south-east and has been in quarantine during her entire infectious period.

The second is a Queensland resident given an exemption to return from Melbourne, who acquired the virus interstate and was notified as a positive case while on a flight on Monday.

Health authorities met the 19-year-old at the airport and transferred her directly to hospital.

The latest figures come as Dr Young prepares to hand the reins of the state’s pandemic response to infectious disease doctor Krispin Hajkowicz.

Dr Hajkowicz is the Royal Brisbane and Women’s Hospital director of infectious diseases and will take over from Dr Young when she steps down on November 1.

Dr Young said her replacement had been heavily involved in the state’s response to the pandemic and was “the perfect person” to take on the role.

The new CHO will step in during a challenging period for Queensland, with questions being raised about state hospitals’ preparedness for COVID-10 outbreaks when borders re-open, and pressure to lift the vaccination rate.

“The virus will come in no matter what we do,” Dr Young said.

Dr Hajkowicz said he was “thrilled and honoured” to be the state’s next chief health officer and had been working on his hospital’s “frontline” of COVID-19 response for the past 18 months.

Dr Young is to become governor of Queensland.

Meanwhile, the origin of a mystery case reported on Monday is yet to be confirmed as authorities continue to identify contacts and exposure sites.

“I’m reasonably comfortable because of the large amount of testing that’s been done,” Dr Young said.

Genome sequencing has confirmed the woman in her 50s has the Delta variant, but it has not yet been linked to any known cases in the state.