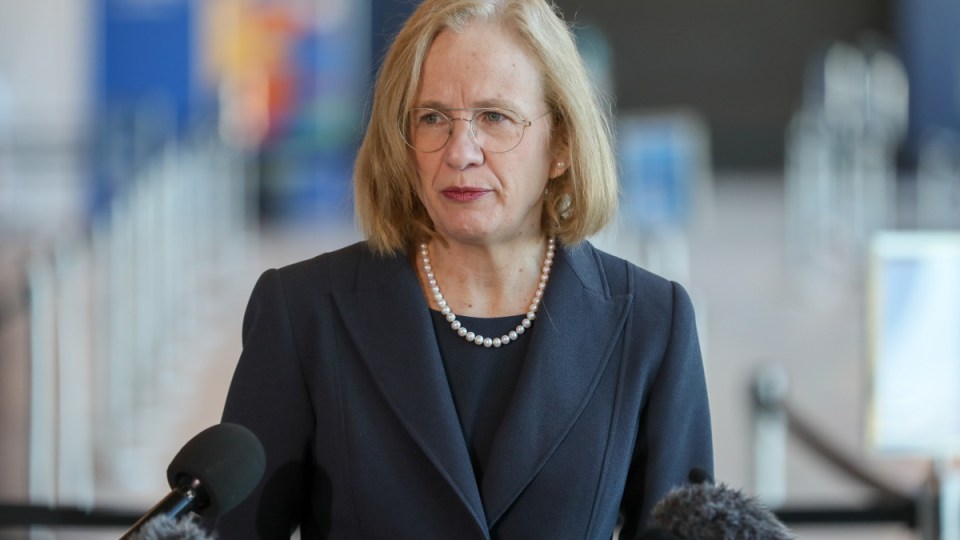 Dr Young said she was reassured by the recent jump in testing across Queensland. Photo: AAP

Queensland has a new local COVID case that is not linked to any of its current clusters.

The case is a woman in her 50s who lives in Fitzgibbon, in Brisbane’s north.

She was fully vaccinated, and infectious in the community for 10 days.

“I encourage and please ask anyone who lives particularly in the northern part of Brisbane to come forward and get tested, even if you have the mildest of symptoms,” chief health officer Jeannette Young said.

“So we can make sure that there hasn’t been any onward spread from this individual.”

There are several exposure sites linked to the woman’s infection. They can be found here.

It also comes after a significant jump in testing across Queensland since several COVID clusters were identified last week. Virus rules were tightened across Brisbane, Moreton Bay, the Gold Coast, Townsville and Palm Island after the latest outbreaks were found.

There were 9411 tests across the state in the previous 24 hours.

“The only thing that’s reassuring me is the amount of testing that we’ve
done. So this has happened at the same time that we’ve had those restrictions in place and that enhanced testing,” Dr Young said.

The woman’s three household contacts have so far tested negative.

Queensland is also changing its border bubble rules to exclude the northern NSW region of Lismore, which was sent back into lockdown late on Sunday.

NSW’s daily case tally has fallen to its lowest level in nearly two months, with 623 confirmed on Monday.

There were also another six deaths – three men and three women aged from their 40s to their 90s.

The toll from the state’s Delta outbreak has reached 378.

It is NSW’s lowest daily case update since it had 633 new infections on August 18.

There are 959 people in hospital with COVID in NSW, including 193 in intensive care, and 97 on ventilators.

Another local government area has been sent into lockdown, with Lismore residents under stay-at-home orders until at least October 11.

This also applies to anyone who has been in Lismore since September 28.

Outbreaks in Cowra, Muswellbrook and Port Macquarie are also being closely monitored, with more advice expected later on Monday.

NSW vaccination rates keep rising, with 88.4 per cent of over-16s now at least partially vaccinated and 67.1 per cent fully inoculated.

The state is expected to begin reopening from next Monday.

Victoria had another 1377 local COVID cases and four deaths on Monday, as Melbourne claimed the unenviable title of the world’s most locked down city.

It was the state’s fifth day in a row of four-figure infections and pushed its active infections to 12,711.

It comes as Melbourne has become the most locked down city, chalking up 246 days living under stay-at-home orders across six lockdowns to surpass the record set by the Argentinian capital of Buenos Aires.

With the end of lockdown weeks away, Premier Daniel Andrews called on Melburnians to make a final push.

Education Minister James Merlino said 52.5 per cent of Victorians over 16 were fully vaccinated, while 82.8 per cent had received a single dose.

Regional Victorian students in prep, year 1 and year 12 returned to classrooms on Monday.

VCE unit 3/4 students will be back at schools across the state on Tuesday to sit the repeatedly rescheduled General Achievement Test.

Mr Merlino said 33 students tested positive as part of a targeted testing of COVID-hit areas for the GAT on Saturday. They will be allowed to site their exams at a later date.