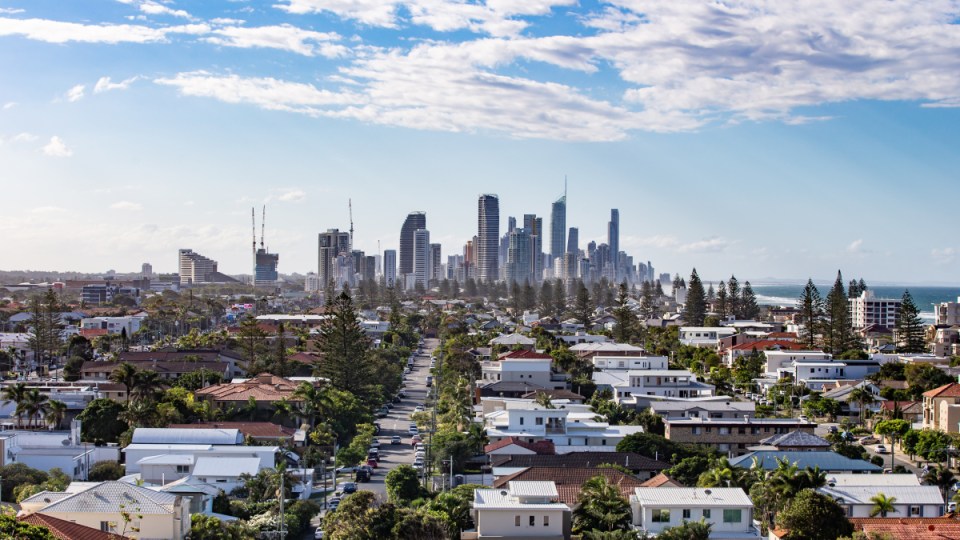 The man spent 10 days in the community while infectious, but did not check in – and is too ill to speak to health authorities. Photo: Getty

Queensland has confirmed another two community COVID cases, including one who spent several days out and about on the Gold Coast while potentially infectious.

The other local case announced on Friday was acquired in NSW and spent only a day in the community before being diagnosed.

There was also another new infection in a returned traveller in hotel quarantine.

But Premier Annastacia Palaszczuk continues to resist a lockdown. she said Friday’s update was “good news” for the state, which is dealing with several virus clusters centred on the Gold Coast, Brisbane, Moreton Bay and Townsville.

“The fundamental reason we are not in lockdown is because we do not have any seeding or unlinked community transmission,” she said.

“If we do see any unlinked community transmission, I’m quite sure that [chief health officer Jeannette Young] will not hesitate to recommend a lockdown.”

Ms Palaszczuk said she would have “no qualms” about ordering a lockdown if “seeding” of the virus emerged in the community.

“There’s no ifs and buts here, people. This is serious. So it’s going to depend whether we see any unlinked community transmission over the next 24-48 hours.”

Dr Young said the latest Gold Coast case was linked to the Hevilift aviation business cluster in Brisbane. He is thought to have been infectious while in the Kirra area of the southern Gold Coast for four days from September 25.

The game, which already faces reduced capacity under stage two virus rules introduced this week, remains at risk of being postponed or moved.

ARLC chair Peter V’landys said on Friday morning it would be difficult to move the game to Townsville – and any shift would have to be confirmed before Saturday.

“When we negotiated with the government we always had a plan B. That was to go to Townsville,” V’landys told Sydney radio 2GB.

“Logistically now that would be hard.

“We would have to make a decision today because you would have to get TV crews and OB vans up to Townsville from Brisbane and that takes time.”

Stage two restrictions are in place across Brisbane, Logan, Moreton Bay, Gold Coast, Townsville and Palm Island. They include the caps on gatherings, while residents are also required to mask up when leaving home.

Queensland Health administered 21,712 vaccinations on Thursday, for a total of two million so far. Just over 65 per cent of Queenslanders are partially vaccinated, while 46.74 per cent have had both doses.

Victoria has dramatically expanded compulsory vaccination orders to cover all essential workers, as it tries to keep its reopening plan on track.

“Yesterday’s cases took a lot of people by surprise … many people would have been quite concerned, scared even see a number as high as that,” he said.

Essential workers – which range from cleaners to medical staff and even athletes – will have until October 15 to have at least one COVID shot.

“This is about going the extra mile to protect the roadmap to opening, to protect 26 October or perhaps even a few days earlier, and to make sure we can open, be free, not have our health system overwhelmed with patients who are completely avoidable,” Mr Andrews said.

The announcement dose not affect timelines for groups such as healthcare and construction workers, who already had mandated shots.

There were also three more deaths in Victoria confirmed on Friday – a man and a woman in their 70s, and a man in his 80s, all from Melbourne. The death toll from the state’s current COVID outbreak so far is 44.

There were 62,883 tests processed and 34,935 vaccine doses administered at state hubs in the 24 hours to midnight on Thursday.

Just over 50 per cent of eligible Victorians are fully vaccinated against the virus, while 80.9 per cent have had one dose.

Elsewhere, the state’s construction industry has been given the go-ahead to restart from next Tuesday. It was shut down almost a fortnight ago after the virus spread across worksites and amid repeated flouting of virus rules.

NSW’s toll from its Delta outbreak has topped 350, with 15 more deaths announced on Friday.

There were also another 864 local COVID cases in the 24 hours to 8pm Thursday.

It is the equal highest number of deaths reported in a single day for the state. They were eight women and seven men, aged from their 50s to their 90s, and take the state’s toll from the outbreak that began in mid-June to 352.

Across NSW, 87.2 per cent of people aged 16 and over have received a first dose of COVID-19 vaccine, and 64 per cent are fully vaccinated.