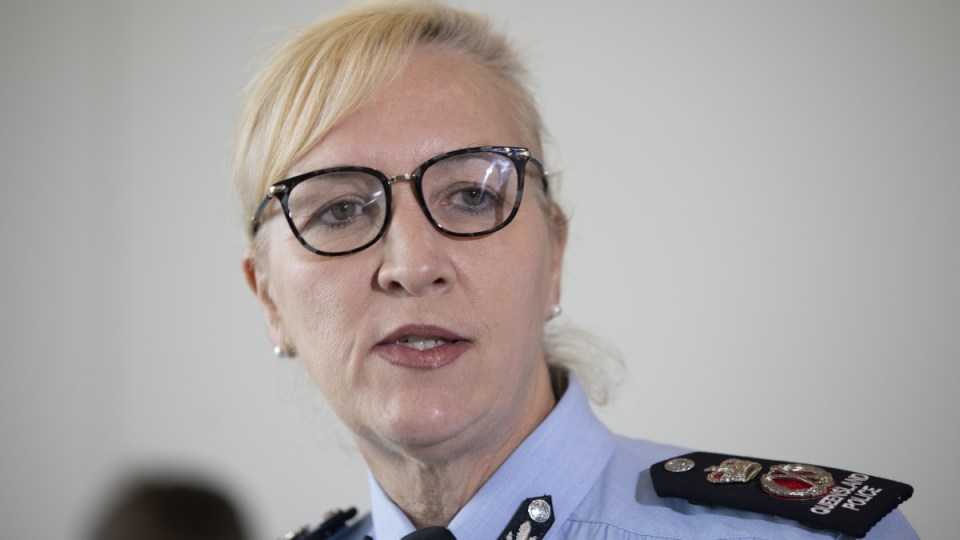 Queensland Police commissioner Katarina Carroll has defended her vaccine mandate for officers after a challenge in the Supreme Court.

Queensland Police Commissioner Katarina Carroll says she is disappointed a legal challenge is going ahead against mandatory vaccinations for police staff.

Five serving police officers and two Queensland Police Service (QPS) employees are challenging the mandate in the Supreme Court court to stop it from being enforced.

The challenge is a judicial review of the Commissioner’s direction, with the complainants saying it breaches the rules of natural justice, human rights and anti-discrimination laws.

A memo was sent to officers last week informing them of a suspension without pay if they haven’t had their first COVID-19 vaccine by October 5.

Unless officers have an exemption, they must have one vaccination before October 5 and the second dose before January 24.

“Where an employee is suspended from duty with pay, a notice to show cause process will be commenced in which an employee will be provided with seven days to state why suspension without pay should not be implemented,” the memo read.

Speaking on Wednesday, the police commissioner said it was her responsibility to maintain the safety of all officers on the frontline as the threat of COVID-19 will only increase when borders open again.

“I’m actually disappointed in that [challenge], because at the end of the day my responsibility is for the safety of all my police officers in all of the community,” she said.

“What I’m trying to do is to get ahead of the game to make sure that if COVID does come into this state – more broadly like it has in other states – that we are prepared.

“This is a serious situation, in many cases, life and death. And I ask that they abide by the direction they have until Tuesday to do that.

“I’m encouraged by the figures which are increasing every day… but this is about everyone’s safety not just an individual person.”

Liaising with domestic and international emergency services, Ms Carroll said an abundance of research had gone into the mandate as her front-facing agency face are there to set an example.

The power to enforce the mandate also rests with Ms Carroll as stipulated by Police Minister Mark Ryan, who’s flung his support behind her.

“The commissioner is lawfully entitled to make directions to keep the workforce safe, which includes police officers, and also the broader community safe,” Mr Ryan said.

“I support the commissioner, with her lawful direction. And I would encourage everyone, not just members of the Queensland Police Service but the Queensland community more broadly to get vaccinated as soon as possible.”

Mon Dieu! Cannes’ celebration of cinema begins with a stylish red carpet and a zombie flick
Qld outbreak spreads to Gold Coast, but no lockdown – yet
Today's Stories