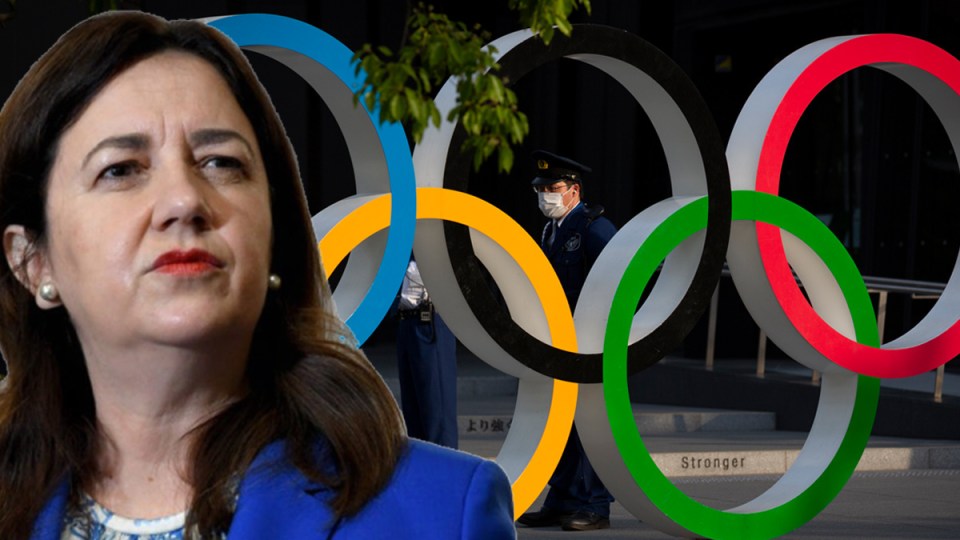 Queensland Premier Annastacia Palaszczuk is back from Tokyo and in quarantine.

The Queensland Premier is quarantining in a “modest” hotel room and not a three-room suite, police say.

Annastacia Palaszczuk started her 14-day hotel quarantine on Sunday after returning from a controversial week-long trip to Tokyo.

Ms Palaszczuk helped secure the 2032 Olympics for Brisbane, but was also criticised because she had successfully lobbied the federal government to halve arrivals caps in the lead up to her trip.

she then backflipped on her promise not to attend Friday night’s opening ceremony after being awkwardly ordered to so by Australian Olympic Committee president John Coates.

She has honoured her promise to do hotel quarantine, but there had been rumours she was staying in a three-room luxury suite.

On Monday, Deputy Police Commissioner Steve Gollschewski denied that was the case, saying Ms Palaszczuk was in a “modest” room, selected in consultation with the police protecting her.

“Unfortunately, we do have to provide dignitary protection to our premier because of the threats that she sometimes faces,” he said.

“It is what I would call a modest room, certainly not a the three-bedroom suite, which would be a complete inaccuracy.

“It’s been set up so she can do a job, including being able to connect to the national cabinet.”

She denied that the Premier had a bigger room than what would be allocated to regular returned travellers.

“She’s one person staying in one of the many rooms that have been set aside for hotel quarantine,” Ms D’Ath said.

“This room has been used by many other people who have been in hotel quarantine.”

The state Health Minister also brushed off questions about whether Ms Palaszczuk had asked Mr Coates to help her get to the Tokyo opening ceremony.

The AOC president was labelled as “misogynistic” after ordering Ms Palaszczuk to attend during a live press conference on Wednesday night.

Queensland government figures and Mr Coates have since sought to play down the interaction.

“They’ve all given new explanation in relation to that press conference. I really don’t think there’s anything else to add.”

She said Ms Palaszczuk was “bright and cheery” chairing the COVID-19 update meeting on Monday morning.

The minister said she was sure Ms Palaszczuk would keep herself busy during her next 13 days of hotel quarantine.

“Hopefully she’s going to take a moment to get to watch some of the Olympics because I think it’s going to be thrilling today,” Ms D’Ath said.