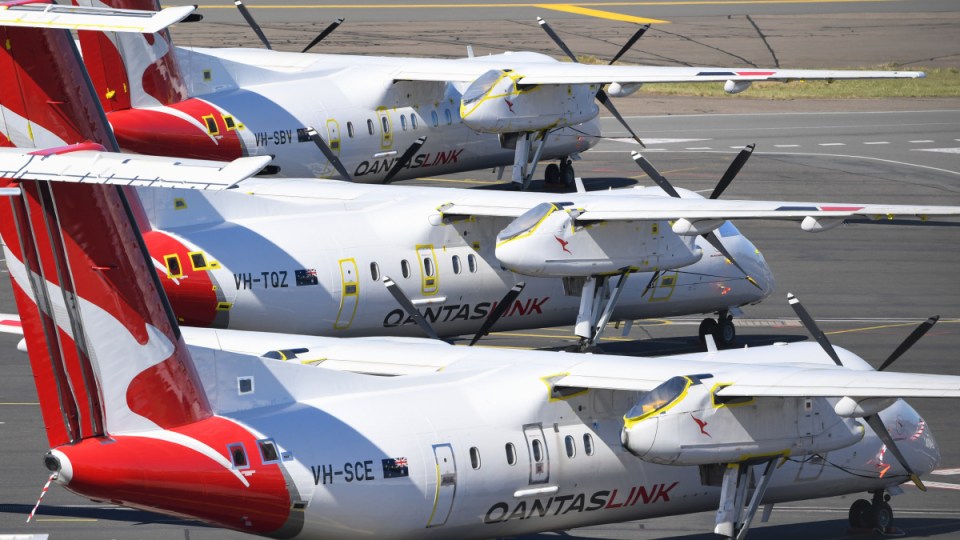 The woman, who lives in the Brisbane suburb of Banyo, was tested on July 21 but had respiratory symptoms from July 13. It’s presumed she was infectious two days before that.

“We think [she] was possibly infectious from 11 July. She crewed six flights during that period, between Brisbane, Longreach, Gladstone and Hervey Bay,” Mr Miles said.

The Sunshine State could enter another lockdown if COVID-19 is detected in those centres.

It has emerged that the woman’s initial claims to have been “essentially” at her Brisbane home from July 13 onwards were incorrect.

New exposure sites have been listed for the Koi Broadbeach restaurant on the Gold Coast on July 14, and the Dreamworld theme park two days later on July 16.

She has now been taken from her Banyo home and transferred to a COVID hospital.

Queensland health authorities are trawling flight manifests to contact passengers on all six flights. They are:

“We know that is a very, very contagious variant, so that is why I want everyone on those flights immediately tested,” Dr Young said.

Among those who have already been tested is Queensland’s Regional Development Minister Glenn Butcher, who was on one of the flights between Brisbane and Gladstone. He’s waiting for his results.

The source of the flight attendant’s infection is still being traced. Dr Young said she had the Delta variant of the virus, and genomic testing matched an earlier Virgin crew member’s infection and the strain circulating in NSW.

“We know that with the Delta variant it usually spreads within two days. In Victoria they’re seeing spread from one person to the next in 30 hours,” she said.

Dr Young told Queenslanders it was too soon to order another lockdown, but if more cases emerged “we’ll do it fast if we need to do it. I just need a bit more information”.

“There have been no other reports of positive COVID cases from these flights … the cabin crew member did not leave the airport in Longreach or Hervey Bay,” QantasLink said.

Other crew are being tested and must isolate for 14 days from the last shift they worked with the woman.

“Qantas has previously called for priority access for crew to receive COVID vaccination, given their role of flying to multiple cities and towns in a day,” the airline said.

Longreach already has a testing clinic but a new one was being set up at the Longreach Showgrounds on Friday morning.

Testing will also be boosted in the other regional towns, while Brisbane residents are urged to check exposure sites as they are updated throughout Friday.

Dr Young said she was also concerned about recent reports of COVID fragments in sewage testing across the state border at Byron Bay and its surrounds.

“It is their first one there in a long time. They don’t know what the cause of that might be. It could be that they have a case in community there. It could be that someone from Sydney has gone up and gone back to Sydney,” she said.

“They are working that through and they are doing increased testing in Byron Bay.”

Meanwhile, long queues of traffic formed at Queensland’s border with NSW on Friday morning after it was shut at 1am.

Queensland has declared a bubble for NSW communities as far south as Grafton and as far west as the SA border to allow residents to cross for essential purposes with quarantining.

“The first two or three days is a challenge, it should ease up after that,” he said.

“Peak times are also a bit challenging on the roads as well. If you have to travel during those times add a little bit of extra time.”

Queensland’s borders are closed to NSW, Victoria and South Australia.

Madonna King: If Peter Dutton has a soft side, now is the time to show it
No local cases in Qld, after Melbourne scare
Today's Stories