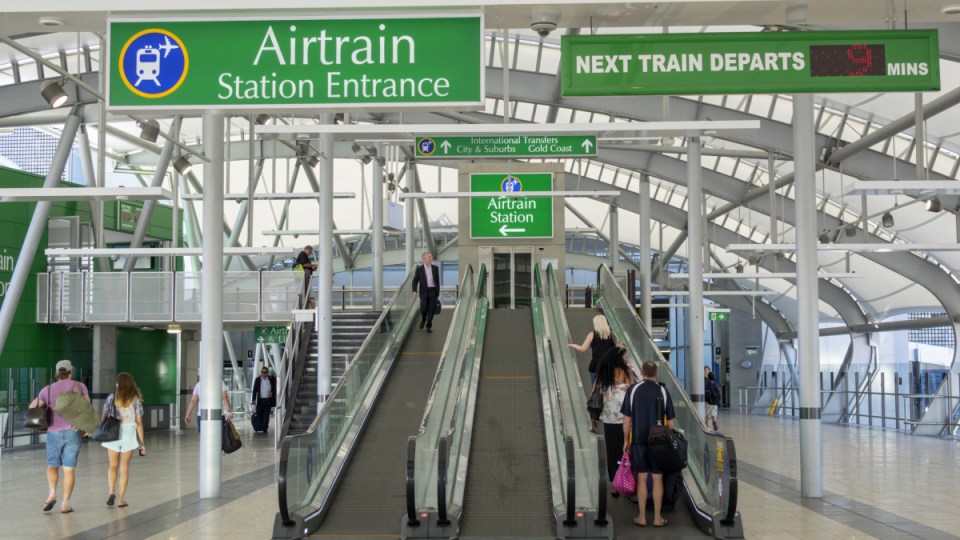 The woman took public transport, including the Brisbane's Airtrain, while infectious with the virus. Photo: Getty

A Queensland woman who studies in Melbourne has tested positive for the coronavirus after returning home.

The woman is from Mareeba in far north Queensland, near Cairns.

She’d visited the Young and Jackson Hotel in Melbourne on July 10 before flying to  Maroochydore on July 13.

The CBD hotel has been a designated COVID exposure site after confirmation of several cases among patrons.

Acting Premier Steven Miles said the woman, who is in her 20s, was infectious in the community from July 15 to 17, especially on the Sunshine Coast.

She received a text from health authorities on July 15, alerting her a visit to the exposure site on July 10. She immediately got tested and received a negative result.

The woman was in Maroochydore until July 15.

“That does reduce the risk, but it doesn’t remove the risk,” she said.

There are now several exposure sites on the Sunshine Coast.

The woman visited Sunshine Coast Plaza, specifically the Universal store there. Rice Boi at The Wharf at Mooloolaba is also listed.

On July 16, she took an Uber and public transport from the Sunshine coast to Brisbane Airport. She took Virgin Flight VA791 to Cairns, where she was picked up by a relative and taken to Mareeba.

After developing some symptoms, she went to the Atherton fever clinic on Sunday and returned a positive result on Monday night.

Dr Young said the woman has been deemed infectious from July 15.

“She was wearing and mask and, of course, we require anyone in the Sunshine Coast, who has been part of the 11 LGAs [Local Government Areas] in south-east Queensland wearing masks at the moment and she wore a mask on the plane, so we will, of course, be contact tracing everyone on that flight,” she said.

“Now is not the time to be holidaying into state,” Mr Miles said.