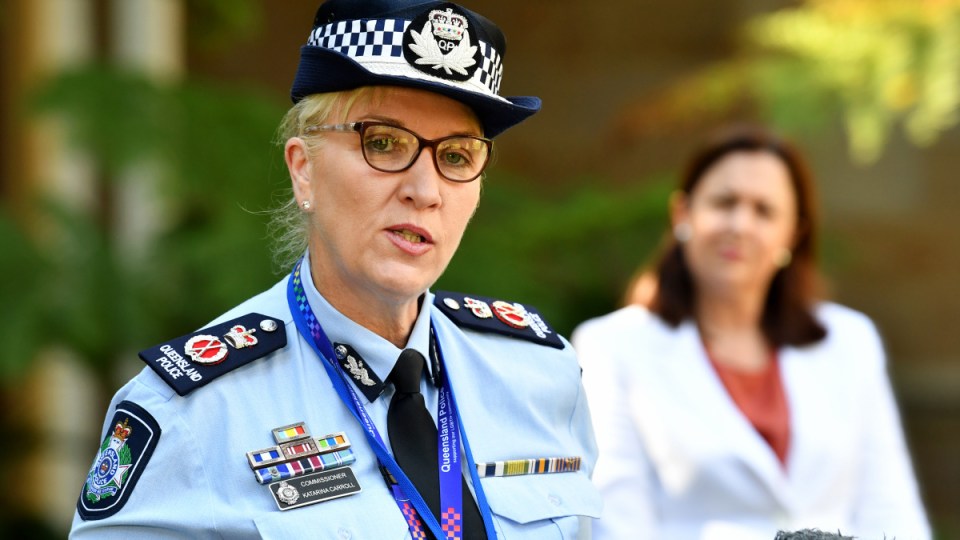 Ms Carroll said the page, and some of its members, was being investigated. Photo: AAP

Queensland’s police commissioner says the administrators of a private police officer Facebook group where racist, sexist and homophobic posts have been made will be “spoken to” and further disciplinary action is possible.

There are about 3600 members of the Defend the Blue Facebook page, which The Australian reports was started a year ago by a senior police officer.

Police Commissioner Katarina Carroll said the page was started with “good intentions”, including support for mental health issues and “general chatter among mates”, but it had taken a dark turn in recent months.

There are posts criticising the Black Lives Matter movement and supporting Northern Territory Police Constable Zach Rolfe, who is on trial for the alleged murder of Indigenous man Kumanjayi Walker.

Some of the controversial posts also criticise Premier Annastacia Palaszczuk and other state government MPs.

Ms Carroll has ordered an investigation into the page and those who made the posts.

“There’s a minority who say and do very unacceptable things,” she said on Tuesday.

“There’s racist comments, there’s homophobic comments, and those are not in line with our values or the expectations of the community.”

Ethical Standards Command is probing the page and those who made the controversial and in some cases “defamatory” posts.

The commissioner said Defend the Blue was difficult to investigate because it was a private page and some members had used fake names, but she expected preliminary action soon.

“I expect a professional organisation to serve their community. Well, that site, its administrators, and some of the people on there, and the pseudonyms they use, will be investigated,” Ms Carroll said.

“If discipline action needs to be taken, it will be taken.”

Deputy Commissioner Steve Gollschewski said the force was disappointed “as an organisation” about the existence of the Facebook page.

He said any serving officers found to have done anything wrong would face the same consequences as any member of the public would.

It’s unclear whether the investigation’s findings or any disciplinary action taken against the group’s members will be made public .

“Like any organisation we have challenges with some of our employees from time to time, and we need to address them,” he said.