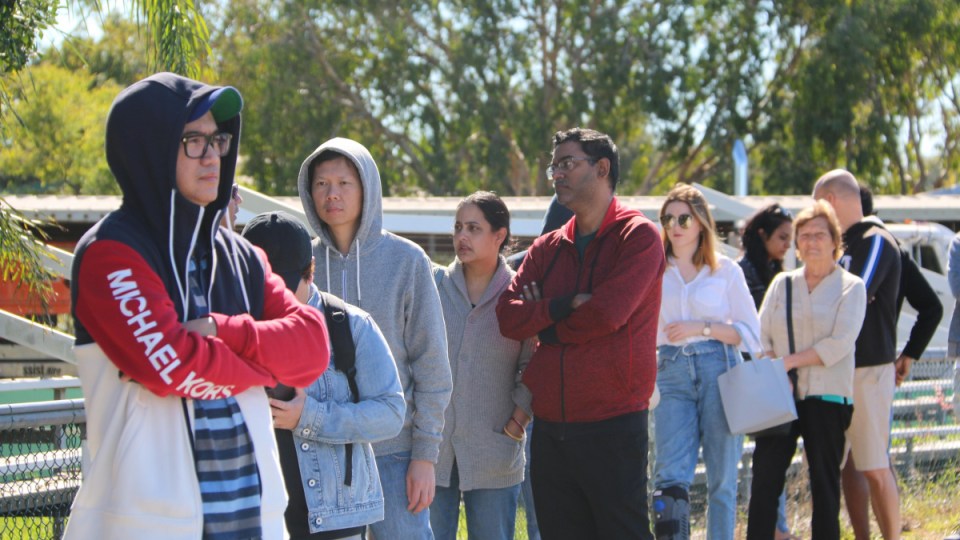 Long queues have formed outside community vaccine hubs across Queensland this weekend, with health authorities bracing for a major turnout as part of their statewide vaccine blitz.

Authorities were initially expecting to administer some 15,000 vaccine doses across 18 hubs this weekend, but the state’s newly appointed vaccine coordinator, Police Deputy Commissioner Shane Chelepy, said that figure was now expected to be far higher.

He announced several more vaccination hubs would open across the state in the coming days to manage the demand.

“But we definitely want to learn logistically what went well and what didn’t go well from these hubs this weekend and then build that in so we get maximum capacity.”

Currently, those eligible for a vaccine at one of the hubs include those from 1a and 1b priority groups, workers in high-risk environments, and adults aged 40-49 years.

Adults aged 50 and above who do not fall into priority groups should visit their GP or a Commonwealth respiratory clinic for their vaccine.

Health authorities are specifically calling on 1a priority workers who do not have a booking to attend a vaccination hub, saying they can expect to be vaccinated within hours.

“Even though we’re fully booked here [in Logan], it is an absolute priority that emergency workers, meat workers, and aged care and disability workers — as many of those workers are vaccinated as possible,” Deputy Commissioner Chelepy said.

“If you’re in that priority group … you may turn up at our vaccination centres and we will prioritise you; we will get you through today.

“For the rest of the community, please book.”

Deputy Commissioner Chelepy said he was concerned vaccines could be wasted over the weekend and he encouraged people in regional centres to book appointments.

“I know Townsville was one this morning that had very low booking numbers,” he said.

“They planned to put 150 through an hour in Townsville.

“The local health group there put out a call to the community to come down and the community responded terrifically well and now we have got that number turning up.”

After scenes of frustration at vaccination sites earlier this week, Deputy Commissioner Chelepy said he felt the community understood they needed to make a booking before going for a vaccination.

“I think that message is getting through a lot clearer now,” he said.

At the Rocklea Showgrounds clinic on Saturday morning those with bookings were queuing for an hour on average before receiving their vaccine.

Selina Huisman, an aged care worker, said she did not mind the wait and was pleased to be getting her vaccine.

“Booking online was very easy [and] lining up seems to go fast, although it’s been a while,” she said.

Ms Huisman encouraged others in her sector to book an appointment.

Jay Buenbeniba only booked his appointment on Thursday and had had his first jab by midday Saturday.

“You book online, in 30 minutes you get confirmation, and that’s it.”

David Bloye said he had been waiting for an opportunity to get his vaccine for some time.

“I’m under 50, no underlying health concerns, but it’s available so I was just keen to get in and get it done.”