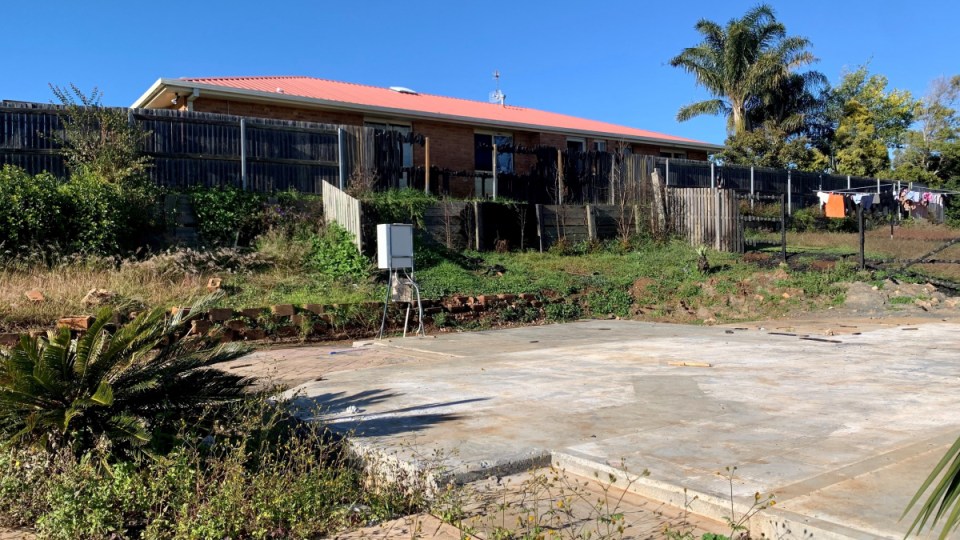 The Toowoomba house has since been demolished. Photo: ABC News/Lucy Robinson

Police have charged a Toowoomba man with attempted murder, in an alleged domestic violence incident, after discovering a seriously injured woman outside a burning house earlier in 2021.

Neighbours called emergency services to the home on Quinlan Court in Darling Heights after hearing a disturbance just after midnight on February 13.

Officers arrived at the address to find a 43-year-old woman with serious head and torso wounds.

She was treated at the scene by paramedics before being taken to hospital.

After searching the area for nearly two hours, police found a 36-year-old man a short distance away with serious burns to his face and body.

Police said the man and woman were known to each other.

At a bedside hearing in hospital yesterday, he was charged with one count each of attempted murder and arson, as well as possessing dangerous drugs.

The man was remanded in custody and will appear in the Toowoomba Magistrates Court in July.

Couple had only recently moved in

One resident, who did not want to be named, told the ABC the man and woman were a couple who had been renting the house for a short time.

“It was horrific,” she said.

“It was such a shock to us.

“It’s just such a very, very sad situation and unfortunately there’s too much of it going on.”

Neighbour Saad Qumhieh said he was shocked to see the remains of the house the next day.

“I realised there was something wrong,” he said.