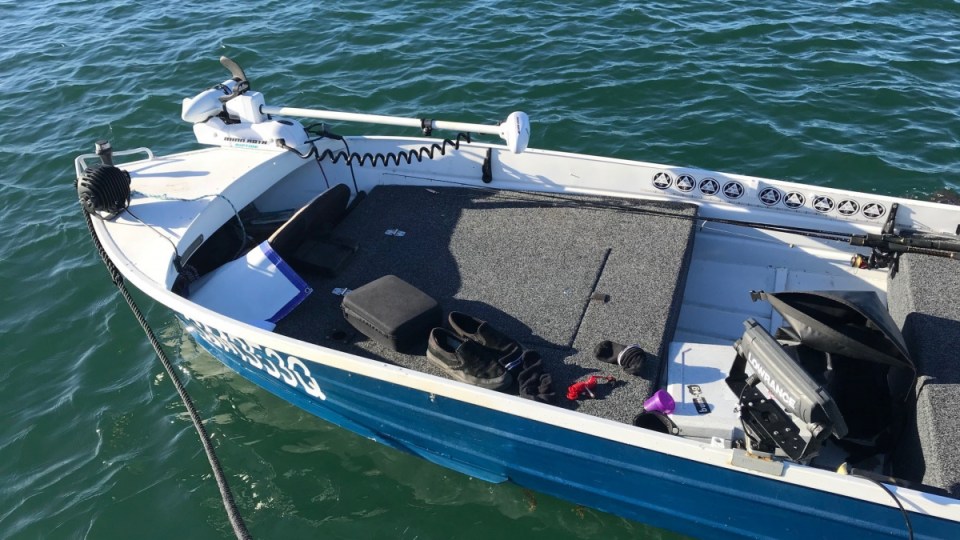 Brisbane man Trent Riley is believed to have fallen overboard from this boat in Moreton Bay. Photo: Queensland Police Service

The 26-year-old’s small aluminium boat was found empty and motoring in circles off Mud Island, near the Port of Brisbane, at about 3.30pm on Wednesday.

“That’s the last we heard of him, of his posting or interaction,” he told reporters on Thursday.

Insp Mooney said the boat was not damaged, indicating there had not been any collision, but one of the 26-year-old’s three fishing rods was missing.

He said a dry bag Mr Riley would have taken with him if he had “voluntarily” got into the water was still in his boat.

“No, we’re not totally aware at this stage how he’s fallen out of the boat,” Insp Mooney said.

“I just spoke to his mum, she’s obviously holding out hope, as we all are,” he said.

“It’s been 24 hours, she’s aware survivability after 24 hours is quite low, which is very heartbreaking for her family and friends.

“However, she’s holding up the best she can, the best that anyone can expect in the circumstances, and we’re still really holding out hope that we can bring him home alive to her.”

At the time he went missing Mr Riley was wearing a long-sleeved grey fishing shirt, black jeans, black shoes and a bucket hat.

He is Caucasian, about 183cm tall, with a proportionate build and brown hair.

Mr Riley’s disappearance occurred in conditions that were regarded as close to perfect by local fishermen and other boaties.