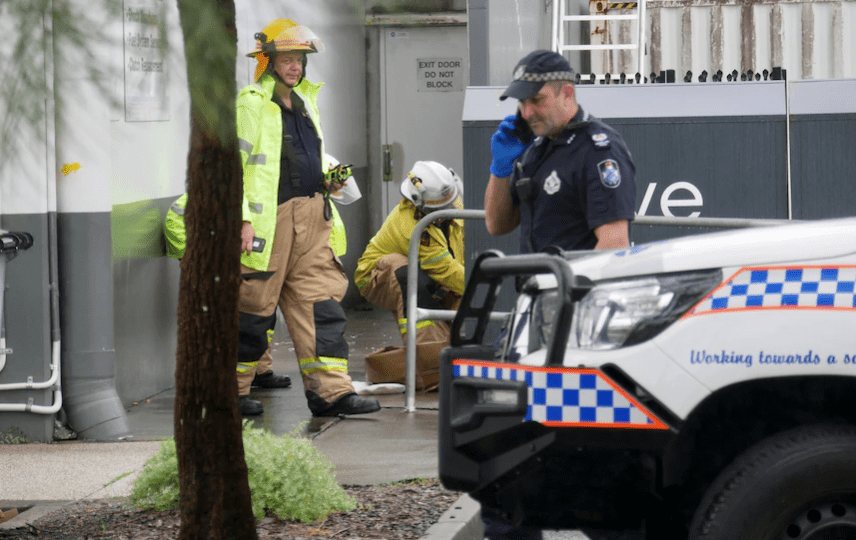 The woman's body was found by a passer-by. Photo: ABC

A woman whose body was found in a charity bin died after she became wedged in the opening mechanism while trying to remove donated items, Gold Coast police say.

The 43-year-old woman’s body was found dangling from the bin outside a busy Burleigh Heads shopping centre on Monday morning.

Police are not treating the woman’s death as suspicious.

“It is what we class as a death by misadventure,” Superintendent Rhys Wildman said on Tuesday.

“It appears as though a 43-year-old woman has attempted to attain or remove some items from those charity bins.

The woman’s body was found by a member of the public who was donating clothes.

“They are not play items those bins, obviously there is a risk as unfortunately we found out.”

Superintendent Wildman said while the practice known as bin diving was not unusual, it was against the law.

“It is an offence if there is a complaint forthcoming from those charity agencies for stealing,” he said.

“It is not an uncommon practice for people to remove items from bins and essentially scavenge items that have been left for less fortunate members of our community.

“We have, from time to time, had reports from around the country of people not necessarily getting trapped or dying in these sort of circumstances but we have had reports occasionally in winter time of people actually trying to climb into the bins and staying in them.”