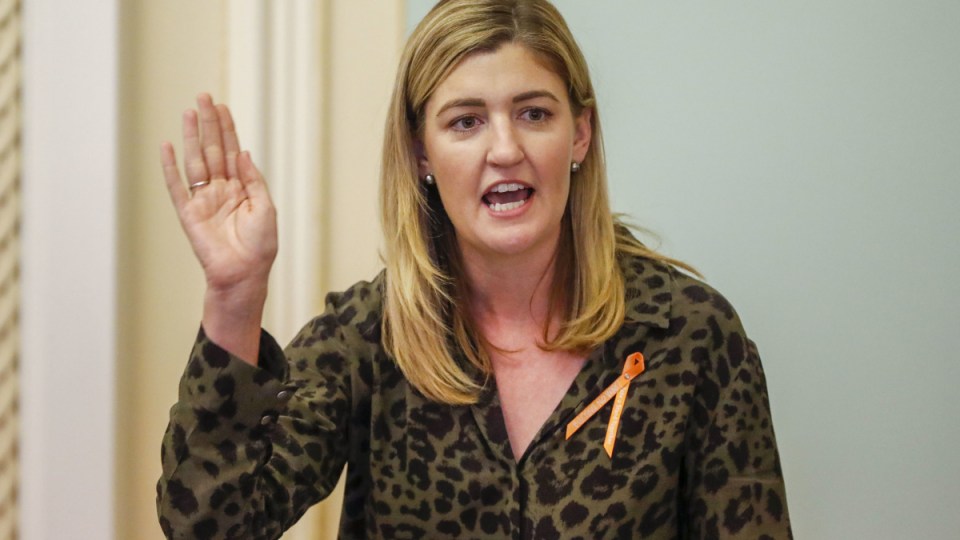 There is growing support for Queensland to adopt an affirmative consent model after the state passed new laws designed to give judges more clarity and victims better outcomes.

Consent will no longer be assumed if a person does not verbally reject a sex act under changes that passed the Queensland parliament on Thursday night.

Consent will also be able to be withdrawn by words or actions during a sexual act.

Affirmative consent is described as explicit, informed, and voluntary agreement to take part in a sexual act.

Attorney-General Shannon Fentiman said the updated laws are an “important first step” and acknowledged there was more to do, but critics argue the affirmative consent model should have been pursued.

“We have enshrined in the Criminal Code principles like silence doesn’t amount to consent, consent once given can be withdrawn and the self-intoxication of a defendant cannot be relied upon by that defendant to show that they were mistaken about whether or not consent was given and that was reasonable,” Ms Fentiman told AAP.

During debate, she said the government had not ruled out support for an affirmative consent model.

Greens MP Amy McMahon said affirmative consent has been in place in Tasmania and Victoria for years already.

“While I’m pleased that the bill states consent can be withdrawn, and that silence cannot constitute consent, it fails to introduce an affirmative model of consent,” she said.

LNP spokeswoman for the prevention of sexual violence Amanda Camm said that model has widespread support among survivors and advocates.

The updated laws were criticised as “not fit for purpose” in an open letter to Premier Annastacia Palaszczuk and Ms Fentiman sent earlier this week.

“We implore you to channel your courage and energy to ensure that women in Queensland who have experienced sexual violence have the same protections as women in Tasmania and Victoria,” it states.