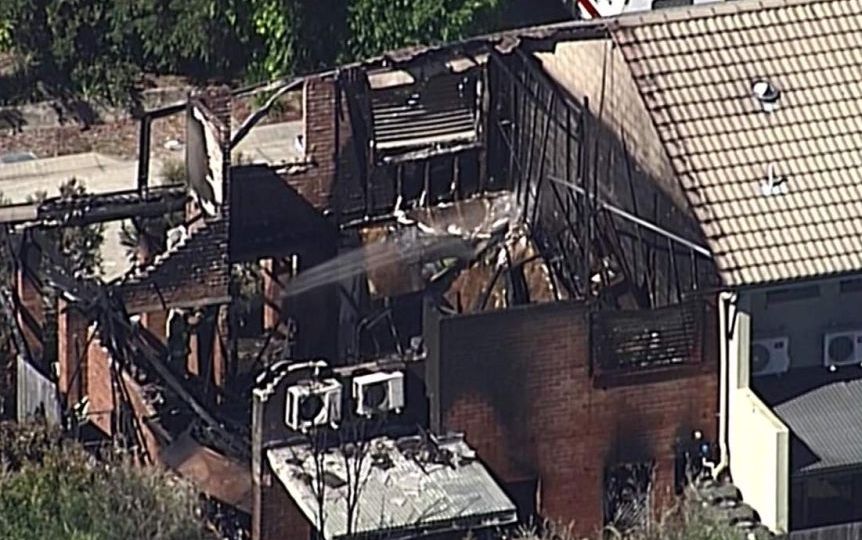 The bodies were found in the ruins of the burned house. Photo: ABC News

Queensland police have confirmed a man and a woman are feared dead, after a fire destroyed a townhouse in Browns Plains on Brisbane’s southside on Monday morning.

Chief Superintendent Brian Swan said police had attempted to make contact with the pair and their families, and believe both 49-year-olds were inside the “extensively damaged” building.

“It’s quite a complex scene, a difficult scene; it will take some time before we’re able to safely search the scene to see if there are remains present,” he said.

He said the pair were previously in a relationship and a domestic violence order was issued by the Beenleigh Magistrates Court in recent weeks.

“I’m not able to provide details, but a temporary protection was ordered in the Beenleigh Magistrates Court on the 9th of February,” he said.

“We’re treating it as suspicious until we can prove otherwise.

“It’s an absolutely awful situation and we hope for the best, but our fears are, someone may have lost their life, and that’s a terrible thing.”

Police said preliminary investigations indicated the fire was deliberately lit and a crime scene had been established.

A silver ute, believed to belong to the man, was towed from a nearby shopping centre and a second crime scene has been established.

Emergency services were called to Myola Street about 4.00am, where it took fire crews 30 minutes to contain the blaze.

Police and fire investigators remain at the address.

Anyone with information has been asked to contact police.