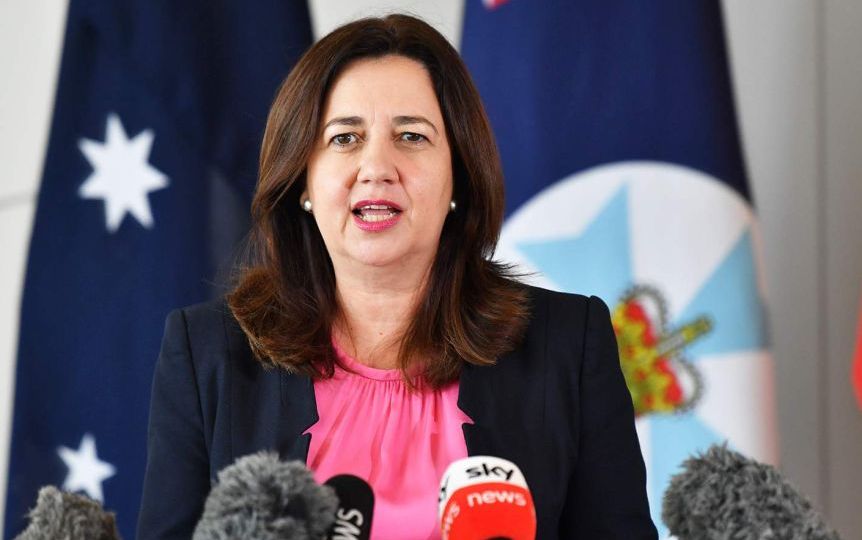 Queensland Premier Annastacia Palaszczuk is set to give an update on when the border will open. Photo: AAP

The Queensland government has announced plans to set up an independent taskforce to consult on potential coercive control legislation, almost a year since Brisbane mother Hannah Clarke and her three children were murdered by her estranged husband.

The group will consult domestic violence survivors, service providers, lawyers, and the general community on factors to consider in designing the new legislation.

Ms Clarke’s family have been campaigning for the behaviour — which includes things like controlling a person’s access to money, who they see, what they wear, and tracking where they go — to be made a crime.

The government had already committed to making coercive control a crime within the current term of parliament and said the behaviour was a key indicator ahead of partner homicide.

Premier Annastacia Palaszczuk announced the taskforce through a series of early-morning tweets.

She said the legislation would afford better protection to victims quickly.

“We’ve seen legislation against coercive control in places like the UK, and it’s important that we too have legislation in place to better protect victims,” she wrote.

The person to head the taskforce will be announced later today.

At the moment, Tasmania is the only state in Australia to have criminalised some elements of the behaviour, but there are similar plans to legislate against it in New South Wales, Victoria, South Australia and the Northern Territory.

In 2015, England and Wales became the first nations in the world to legislate against “controlling or coercive behaviour” in an intimate or family relationship, making it punishable by up to five years in jail.

Scotland followed in 2018, with its laws drafted to reflect the gendered pattern of intimate partner violence and behaviours between ex-partners.

Those laws have been described by experts as the “gold standard” and are likely to be the standard upon which the Queensland government bases its draft legislation.

Hannah and her children Aaliyah, 6, Laianah, 4, and Trey, 3, were ambushed by her estranged husband on the morning school run, when he doused them in petrol and set them alight in the Brisbane suburb of Camp Hill on February 19, 2020.