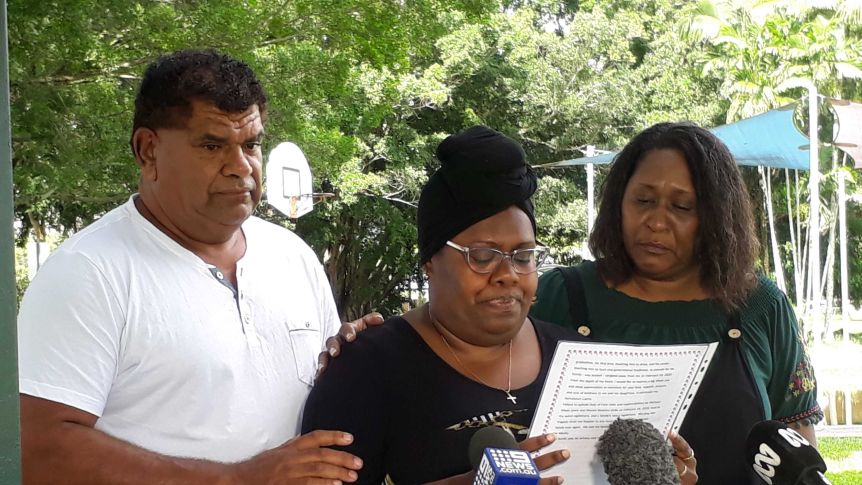 The family of a three-year-old who died after being left on a childcare centre bus when temperatures reached 34 degrees Celsius, has expressed grief and anger over the dropping of a manslaughter charge against a staff member.

The body of Malik Nicholas Floyd Namok-Malamoo, known to family as “Meekey”, was found on a Goodstart Early Learning centre minibus at Edmonton, south of Cairns, on February 18 last year.

Police alleged he was left on the bus for about six hours.

His mother Muriel Namok said life had become difficult since her son died.

“It has robbed me of my hopes and dreams of a mother-and-son relationship and the experiences — enrolling him in prep, his graduation, his first love, teaching him to drive and his uncle’s teaching him to hunt and generational traditions to provide for this family,” she said.

“That was broken [and] stripped away from me.”

Former staff member Dionne Batrice Grills and former centre director Michael Lewis were on the minibus when it picked up Malik from his home — both had been charged with manslaughter.

Because Ms Grills left the bus, a magistrate ruled in January that her charge should be dropped as there was a “very real possibility, if not probability” that she had passed on the duty of care to Mr Lewis, who was driving the minibus.

“It grieves me and my family that Dionne was free and my son cannot return to me,” Ms Namok said.

“This cannot be justice.”

“Having to adapt to living without their baby brother has been extremely difficult to say the least,” she said.

“Meeky was a grandson, nephew, and cousin — leaving his family totally devastated.

“Christmas and his birthday were a painful time, without my baby boy, and it does not get any easier.”

Mr Lewis has been committed to stand trial in the Supreme Court at a date to be set.

Grief over court decision after toddler dies on bus