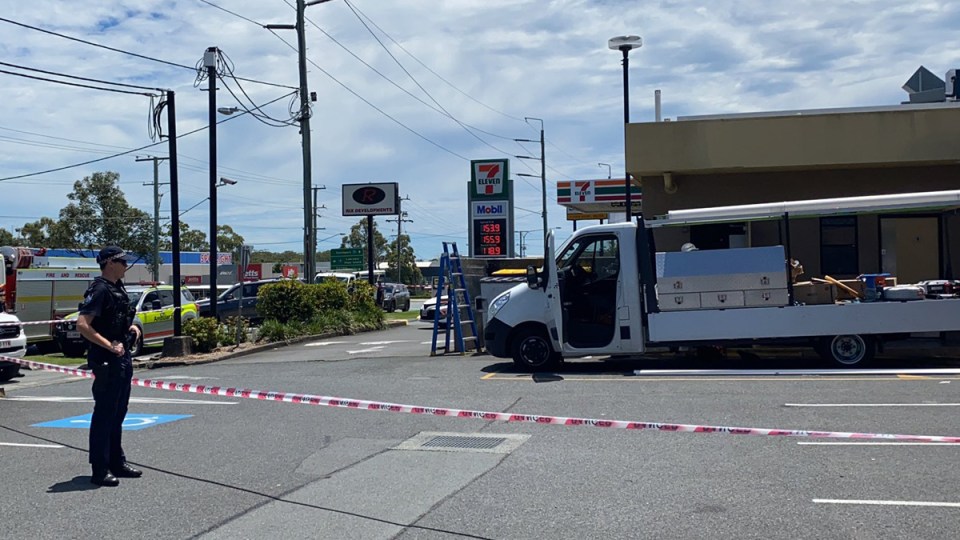 Police remained on the scene in Ashmore well into Tuesday afternoon. Photo: Twitter

Two tradesmen aged in their 30s have been seriously injured with burns to their head and chest after suffering electric shocks at a workplace incident on the Gold Coast.

The Queensland Ambulance Service said crews were called to the workplace at the Ashmore Pitstop Shopping Centre on Southport Nerang Road at Ashmore after the pair received burns to their upper body shortly before 10.30am on Tuesday.

“The board either short-circuited or an incident occurred where they both received flash burns,” he said.

“These two individuals both suffered quite significant burns, one received some flash burns to the face, chest and arms.

“The second gentlemen, who was in his 30s, he received more significant burns: face, chest, arms and legs.”

He said the first man was taken to the Gold Coast University Hospital in a serious condition, while the second man was in a critical condition.

“He was transported up to Royal Brisbane Hospital because that is where our burns unit is and that’s the best place for him to go considering the significant injuries he had,” he said.

A third tradesperson was uninjured in the incident.

Police and Workplace Health and Safety remained on the scene on Tuesday afternoon.