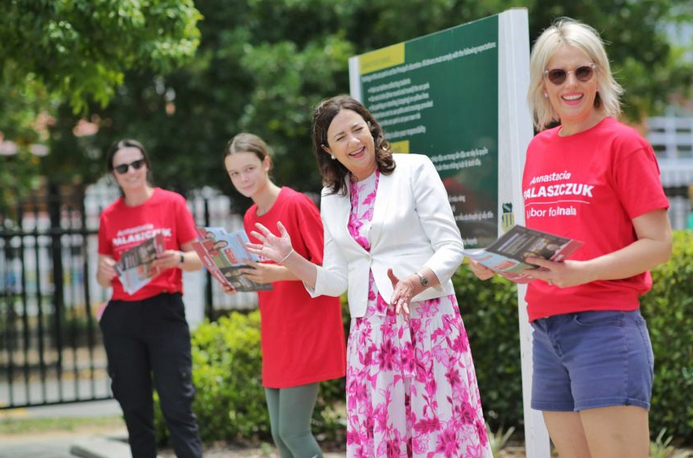 Queensland’s former deputy premier Jackie Trad has lost her seat of South Brisbane as Labor edge ahead and the One Nation vote collapses.

That’s the picture as counting continued late on Saturday night, with doubts growing that the Labor government of Annastacia Palaszczuk would be able to obtain an absolute majority.

The ABC’s chief election analyst Antony Green declared Ms Trad’s bid to remain in parliament a lost cause with 37 per cent of the vote counted.

Her Greens challenger for the seat of South Brisbane, Amy MacMahon, was picking up 40 per cent of the vote.

At 10pm, Premier Annastacia Palaszczuk’s team had achieved 38.9 per cent of the primary vote, claiming at least two Sunshine Coast seats – Caloundra and Pumicestone – from the Liberal National Party.

But the biggest victim of the night was former deputy premier Jackie Trad, who lost her seat of South Brisbane to the Greens.

Ms MacMahon will join the Greens’ Michael Berkman, who was well on track to retain the seat of Maiwar.

Eyeing 47 seats out of 93 in the parliament to govern in its own right, Labor was also ahead in the LNP seats of Clayfield, Coomera, Currumbin, Caloundra, Bundaberg and Hervey Bay.

The Liberal National Party was likely to hold at least 32 seats.

A big factor going against the LNP is the collapse of the One Nation vote – down more than six per cent – and The Greens vote.

Going into the election, Labor held 48 seats to the LNP’s 38, with the cross bench comprising three Katter’s Australian Party members, one Greens, one One Nation, one North Queensland First and independent Sandy Bolton.

One Nation appeared likely to hold its seat, with KAP also holding three and Ms Bolton returned in Noosa.

The swing was mixed across the state, with the southeast corner going two per cent towards Labor and 1.3 per cent to the LNP in regional parts.

“The mood in regional Queensland is palpable. They are waiting with baseball bats,” he said.

Gold Coast based federal minister Karen Andrews said the result was “clearly not heading in the direction we would want it to go”.

Ms Andrews put the swing to Labor down to older voters who “probably feel safe with the borders closed” endorsing Ms Palaszczuk’s strategy in dealing with the coronavirus.

“What we have been saying is that this is a crisis on two levels, health and economy, but clearly in some cases health was the most significant for people,” she told the ABC.

Labor national president Wayne Swan said Ms Palaszczuk had earned an “enduring respect” for her approach to the pandemic.

“What interests me is the strength so far on the Sunshine Coast and the Gold Coast,” he said.

“Spare me the COVID-19 excuse for what’s happening tonight in Queensland,” he tweeted.

“The LNP primary vote was 36 per cent a year ago – we had a problem prior to the pandemic.”