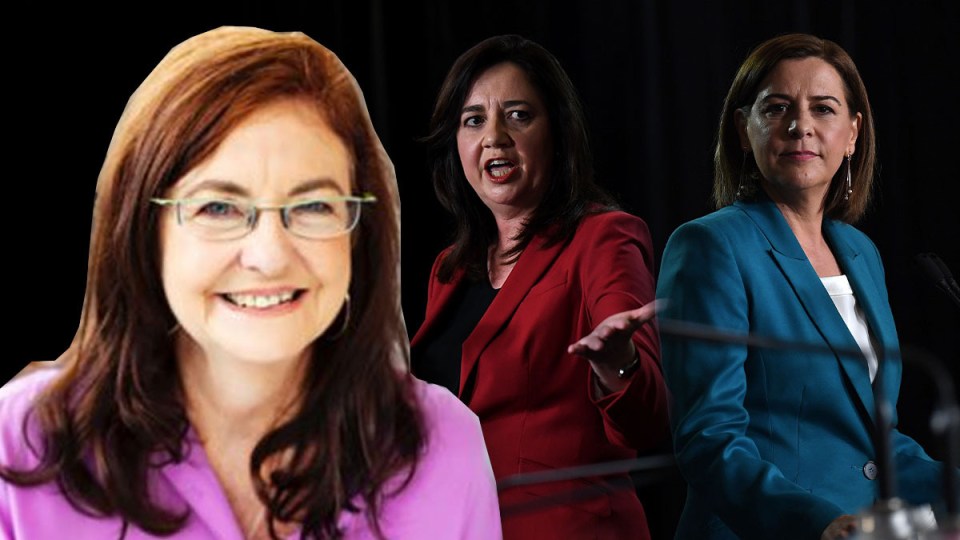 Domestic violence has not been a major issue during the Queensland election campaign, writes Madonna King.

Queensland’s two female leaders – Annastacia Palaszczuk and Deb Frecklington – watched from the front pews of a big hall as family and friends said a final goodbye to Hannah Clarke and her three young children in March.

Hannah, 31, and her three children died in a deliberate inferno, at the hands of Hannah’s violent and abusive ex-husband Rowan Baxter, who then – in a final gutless act – turned a knife on himself.

The case, in suburban Camp Hill, stopped the city and the state.

For days and weeks after, people laid flowers on the road where the burnt-out car had sat.

And the funeral for Hannah and Aaliyah, 6, Laianah, 4, and Trey, 3, made us all consider the fragility of life. We all hugged our children harder in March.

On the day of the funeral, as politicians queued up for a seat, the skies opened, but that didn’t deter the southern journalists and satellite dishes and live crosses that beamed heartbreak around the nation.

The case spread across the globe, prompting an outpouring of grief and a determination that we do things differently; that we find a way to end this cancer in our community.

Eight months ago. And today, it has bothered me all day.

Queensland’s election campaign draws to a close in 24 hours, and domestic violence has been a peripheral issue at most. And it’s just one issue that this lacklustre, small-ideas campaign – on both sides – has largely ignored.

Yes, both of the major parties – the ALP and LNP – have made promises.

The LNP says it will introduce new family violence laws – including a new coercive control offence – within 100 days. It’s also going to increase penalties for strangulation and roll out tailor-made safety alarms.

Labor, which held a huge investigation into the issue a few years ago, says its plan is better because it will address the cultural and attitudinal change needed to curb domestic violence.

And as the push for coercive control has grown, the ALP has jumped on that bandwagon, sort of, and said it would look at it too.

But it has all been about covering their bases, being careful not to be controversial, and making sure that it matches its opposition in what it will do.

But here’s the thing: If we are not going to do something now, during an election campaign crying out for an issue, when will we?

If we’re not going to remember the heartache of Hannah and her family when both parties are going on a drunken debt spree, when will we?

And if we’re not going to take the daily grief of Hannah’s parents and turn it into something positive, when we are all listening, we never will.

This campaign was the opportunity for a contest of big ideas and it has failed at every turn.

Domestic violence is just one issue, but for police in Australia it is an issue every two minutes – because that’s how often they are called to a dispute.

This campaign has been a race to see which side can hide best from hard policy.

Crime has been dealt with by promising pockets of money and a youth curfew.

The numbers in the parties’ costings just don’t add up.

Debt is wildly popular again, in an auction to promise more nurses, more teachers and more of anything the other side is announcing.

But it’s also a missed opportunity to make a real and genuine difference. And to provide a legacy for a young Brisbane mum.

She deserves it. We owe it to her.