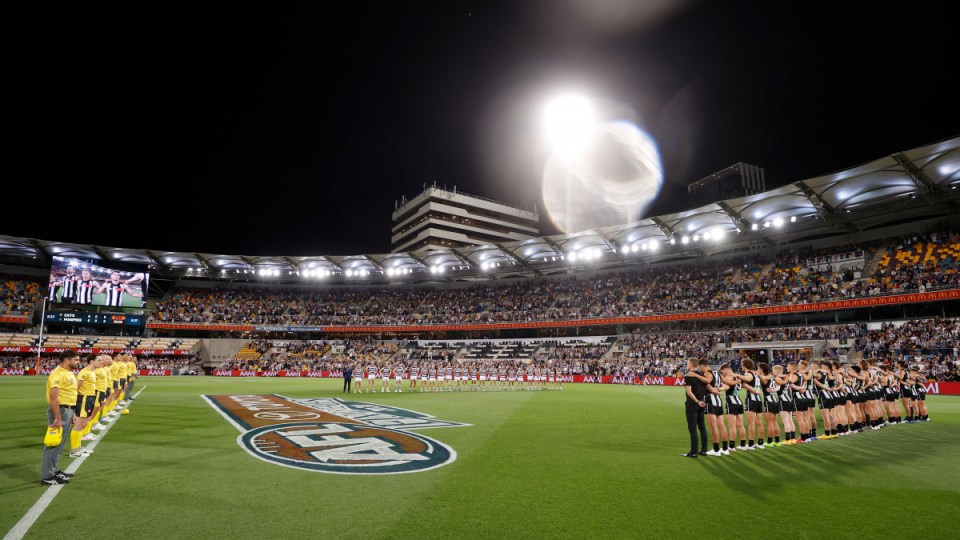 Melburnians will grieve the grand final this year, with fans limited to the TV at home. Photo: Getty

Annastacia Palaszczuk is facing a pickle with her COVID guidelines.

Heading for the polls on October 31, her risky re-election strategy is revolving mostly around being tough on borders. She’s shutting out those from NSW and Victoria; and that’s proving popular inside the Sunshine State.

So did stealing the historic AFL premiership decider from Melbourne, now due to be held at Brisbane’s Gabba, one week out from poll day.

“Why can’t my daughter have a semi-formal,’’ one mum asked on Facebook yesterday, “when 30,000 people are being crammed into the Gabba on October 24?’’

It’s a valid question, and one being asked across the State as the ALP’s rubbery border policy takes on a decidedly political flavour.

But with further cases now in NSW, it seems the Chief Health Officer Dr Jeannette Young will make the decision on when it will open – and we’ll know in the last week of the election campaign.

For many voters, desperate to score a ticket, that proposal will have strong backing. With only two active Corona cases across the entire state, it would also seem sensible.

But here’s the catch. Even with the current spectator 30,000 cap, genuine questions from voters are not finding rational answers.

For example, why can’t someone have 31 people, all family, at a surprise 80th birthday party for their mother? (Under the rules, a maximum of 30 are allowed – and that includes infants and children).

What about if the birthday party was held in a local, open-aired park? The Government says ‘no’, with gathering in public spaces also limited to a maximum of 30 people within one group.

And what rules will apply at the Gabba, when diehard fans want to embrace a mate to celebrate a goal?

In Queensland, you cannot hug or kiss anyone unless they live in the same house as you do. Melburnians, set to head to Queensland and quarantine ahead of the game, should heed that.

“Always practice physical distancing, even when you’re visiting another household so keep two big steps away from other people and avoid hugs, kisses and handshakes,’’ the Government’s guidelines say. It’s unclear how the ‘two big steps away’ will on or off the football field.

At weddings, a maximum of 100 people are allowed in Queensland – regardless of the venue size. Even if it’s the size of the Gabba? Yes. “No exemptions will be granted for weddings,’’ the government advice reads.

What about funerals? Only 100 mourners are permitted, and venue size is irrelevant there too. Unless of course you have a private ceremony (at home or in a public space), when the cap comes down to 30 and that includes the funeral service director!

You can see the problem. Queensland doesn’t have the spread being experienced in Victoria (and now NSW), and our heart goes out to our friends and family there.

But the hypocrisy of the limits in Queensland – with almost no active cases – defies logic. And an AFL grand final, held one week out from the election, brings that into sharp focus.

Numbers are limited severely at church. Everything from school graduations to school semi-formals have been cancelled, despite the absence of COVID. Terminally-ill patients are still being locked up in quarantine – without support – because that’s what the guidelines stipulate. (Although many wealthy individuals have found a way around that).

The penalties are not easy to dismiss. Failure to comply can prompt an on-the-spot fine of $1334 for individuals and $6670 for corporations, a court-imposed penalty of up to $13,345 or six months imprisonment.

Why can stadium caps be set at 75 percent of full capacity, when people are farewelling their loved ones on Zoom?

As in most things, it will come down to messaging. And Annastacia Palaszczuk’s ballooning group of spin-doctors will need to work around the clock to sell this one.