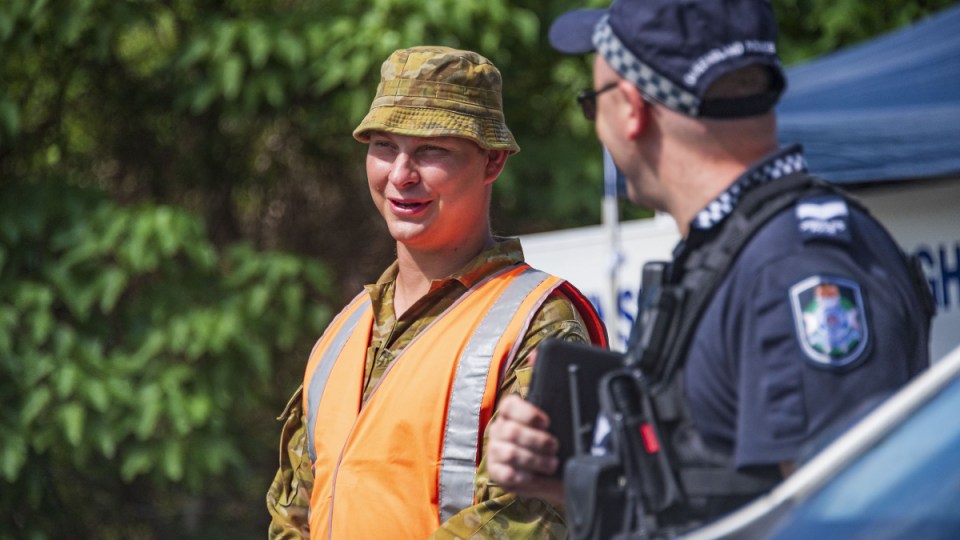 Queensland’s Deputy Premier Steven Miles has said the defence force is being used as a bargaining chip, ahead of its withdrawal from the state’s border next week.

On Tuesday, the Department of Defence confirmed its ongoing agreement to assist Queensland police with border measures would not be extended beyond September 30.

“With processes along borders well established for a number of months, Queensland authorities were advised on September 11 they will need to transition ADF support on borders to alternative arrangements when the current agreement with Defence expires on September 30,” a Defence spokesperson said.

“Commander of the Defence COVID-19 Taskforce Lieutenant General John Frewen also briefed national cabinet on current ADF COVID-19 support to the states and territories and the need for Defence to begin prioritising preparations for the high-risk weather season.”

“I really don’t think the defence force should be used as a bargaining chip in what is an ongoing political attack from the federal government on the state government,” he said.

“Our policies have worked and they should back off.

“There’s no secret I think that the Prime Minister doesn’t like our strong border protections, but they have kept Queenslanders safe.

“His withdrawal of the support of the defence force is disappointing, it will make the job of our police even harder.”

Palaszczuk may ask for extension of ADF support

Premier Annastacia Palaszczuk added that she was “very disappointed” by the decision and would be trying to negotiate an extension of the assistance.

“There wasn’t always an agreement because some people are negotiating longer and there has been no discussion about removing that ADF support from the Victorian-NSW border,” she said.

“I understand some other states are negotiating for mid-October, we will also be looking to negotiate some further extensions there.

“We would like to see continued support on our borders.

“I think the question needs to be asked as to why the ADF support would still continue on the Victorian border if it can’t continue on other borders across Australia.

“I would urge the Commonwealth Government to reconsider their decision.”

The Prime Minister’s office has been contacted for comment.

“It reeks of political interference,” he said.

“The ADF, who have been working alongside police, their support and assistance has been invaluable.

“When we hear that ‘we’ve got to prepare for other things and look at our demands’, to me it reeks of people playing politics.

“The Prime Minister has come out and he has said ‘you know we’ve got to reprioritise’. It’s well known that him and the Premier have disagreed, but don’t let the people of Queensland pay the price because two political leaders can’t get on with one another.

“I ask Scott Morrison to reconsider this and assist Queenslanders. Queenslanders pay taxes as well, they are entitled and should get the ADF to assist us in times of a pandemic.”

Mr Leavers said with an increased demand at border checkpoints, including a relaxation of the international arrival cap, police are stretched beyond their limit.

“The (ADF) are assisting us to do our job, we don’t have the numbers to do each and every job,” he said

“We simply don’t have the numbers.

The row over the withdrawal of ADF support comes as Queensland recorded no new cases of coronavirus overnight.

There are just five active cases across the state.

It has been almost a fortnight since the last recorded case of coronavirus that was considered a risk in the community.

Mr Miles said the drop in active cases was an incredible result.

“It’s day 13 as we track whether we have successfully suppressed those related clusters from the Brisbane Youth Detention Centre, the Corrections Training Academy and the Ipswich Hospital,” he said.

“We had 55 [cases] related to those clusters and we have, it appears, managed to get in control – although we won’t be able to confirm that until tomorrow.”

No new virus cases in Qld, amid fears for defence force border withdrawal