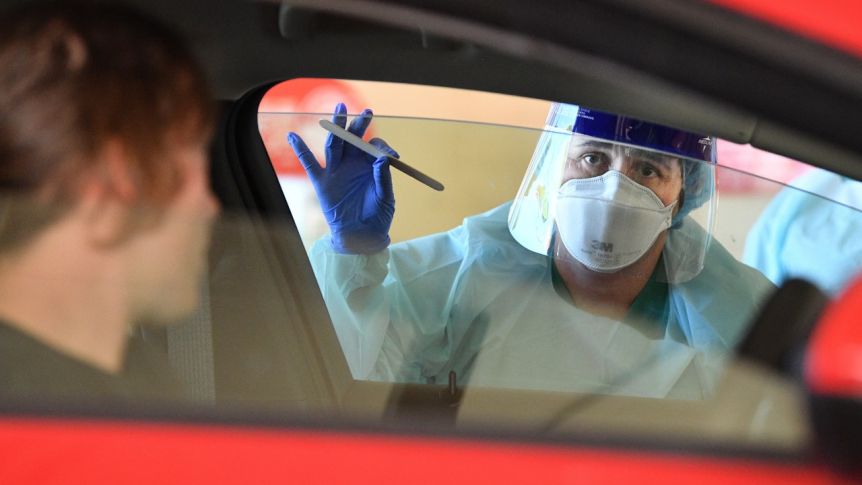 Queensland has detected a case of the South African virus strain. Photo: AAP

Queensland has recorded zero new coronavirus cases in the past 24 hours, with more than 1 million coronavirus tests conducted since the start of the pandemic.

The testing landmark was reached after more than 10,000 people were checked for the virus in the past day.

There are 27 active cases in the state after eight people were diagnosed on Wednesday.

“That is a further testament to the extraordinary response by Queenslanders to battling this virus,” she said.

Health Minister Steven Miles said there had been a real spike in testing in recent weeks.

It was prompted by several clusters in the state’s south-east that were linked to two Logan women accused of bringing the virus into the state from Victoria.

“It took almost six months to reach 500,000 tests but it only took six weeks for us to double that and reach the magic million mark,” Mr Miles said.

“Many Queenslanders have risen to the challenge of this pandemic.”

Mr Miles paid tribute to Queensland’s healthcare workers and announced frontline staff would be celebrated with a “Health Heroes Week” in the future.

He also revealed the government would give health workers two days of paid pandemic leave for their efforts.

“This is for our hardworking doctors, nurses, public health teams, ambos, pathology workers and health professionals, and the support staff who help them do their jobs,” Mr Miles said.

“So they can spend two extra days with their families after such a busy year.

“Their outstanding work is the reason we have prevented much greater devastation in our state.”

No new cases in Qld, as state passes testing milestone