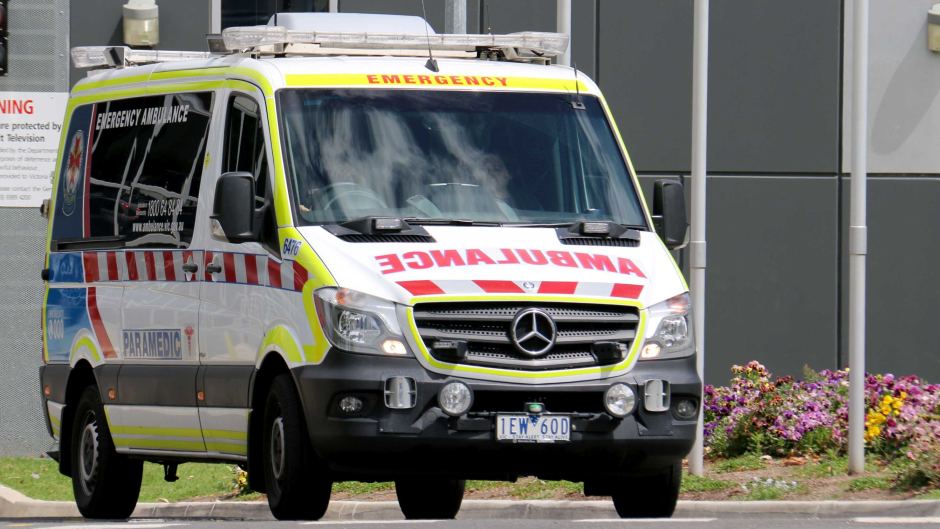 Paramedics were called to the property early on Tuesday, but the woman could not be saved. Photo: ABC

Queensland’s chief health officer says a northern NSW woman, whose unborn baby died after she flew to Sydney for treatment, would have been allowed into hospitals across the border in an emergency.

Dr Jeannette Young said the “very, very sad” case of the Ballina woman who sought urgent treatment for complications in her pregnancy with twins, would not have required an exemption from the coronavirus cross-border travel ban.

“I can’t go into specifics, of course I can’t – this is private for them at a time of grief,” Dr Young said.

“[But] anyone can come across a border in an emergency.

“Queensland provides emergency services to the northern part of NSW and none of that has changed during this pandemic.”

The woman’s father told media outlets on Friday that one of his daughter’s twins had died at 24 weeks.

“Her sisters and brothers are in Queensland, and she’s in Sydney,” he told 4BC radio.

“They’re very, very, very upset, especially the ones in Queensland because they can’t come and see her.”

He told the Courier Mail that the baby died after his daughter had surgery.

“They waited 16 hours at the Lismore Base Hospital before they could get a care flight to Sydney and they got to Sydney at one in the morning and operated on her about six or seven hours later,” he said.

“They found out yesterday and went for a scan and the baby was deceased.

“I’m not blaming the health system in Queensland, the same thing could have happened if they could have gone to the Brisbane Hospital with what’s happened to them now, but the fact is it could have made a difference.”

“If there is someone that needs emergency care, if they need a helicopter to fly them to one of our hospitals, that will happen,” she said.

“If they need an ambulance to come and the clinicians decide the best place and the fastest place to go, they will not be stopped from going.”

Dr Young, who rules on applications for medical exemptions to cross the border, said she had “not refused a single one” where a patient had prior treatment from a Queensland clinician.

“NSW has got very, very good hospitals and healthcare.

“I actually genuinely believe, and we do this in Queensland, that whenever possible you should get care close to where you live.

“You shouldn’t be travelling for hours to get care.”

“My heart bleeds for the family and everything they have been put through,” Ms Frecklington said.

“When it comes to medical emergencies and border exemptions, the Premier needs to be more compassionate and consistent – not have one rule for the rich and another rule for everyday Australians.

“At the end of the day, we are all Australians and medical emergencies should be automatically exempt.”

Prime Minister Scott Morrison also weighed in on what he said was a “terribly distressing” case but conceded, “I don’t know all the facts here”.

Mum of dead baby did not need border exemption