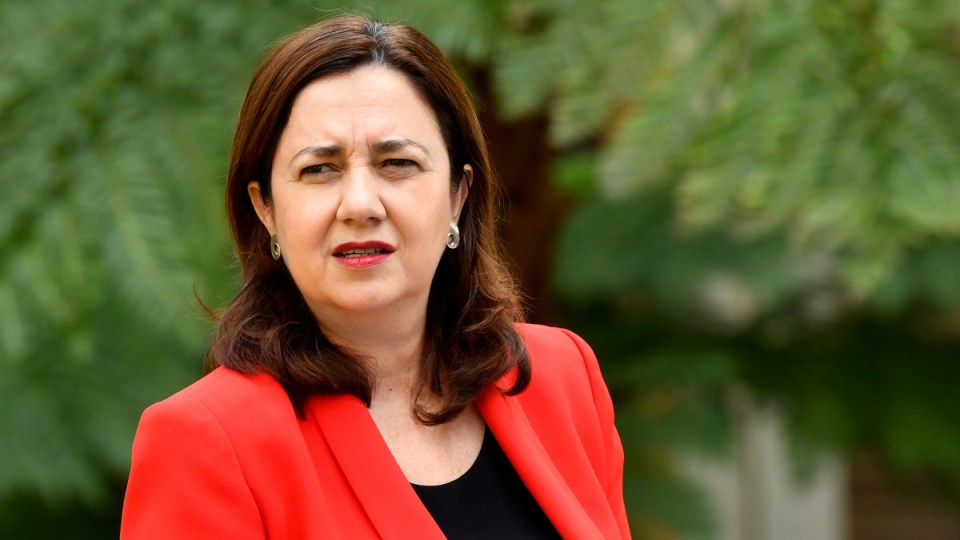 The Queensland Premier has lashed out at accusations she’s “pretending” Australia has not been successful in tackling coronavirus as justification for keeping the state’s borders closed.

On Tuesday, federal Tourism Minister Simon Birmingham suggested Annastacia Palaszczuk was “holding out” on opening Queensland borders because of a false-reading of the rest of the country.

But in a tense press conference, Ms Palaszczuk hit out at the criticism and reiterated her decision was based on medical advice.

“I want to get people back into work as quickly as possible.

“But if I don’t do it safely it could cripple our industry for years to come.”

“More small businesses and more jobs in Queensland depend upon tourism than anywhere else in the country,” he said.

“Yet we’ve got a circumstance where they seem to be holding out the longest, pretending somehow there hasn’t been success suppressing COVID-19 elsewhere in Australia.”

But Ms Palaszcuk noted the South Australian senator did not criticise his own state, whose Liberal government had kept its borders closed, along with Western Australia, Tasmania and Northern Territory.

“Simon Birmingham lives in a state that has their borders shut” she said.

“So Simon Birmingham, go and talk to your own Premier in South Australia and get that sorted first before you start commenting on other jurisdictions.

“It would be negligent for any government leader not to be taking the interests of families first and foremost.”

The Premier said the woman from Cairns, who’d been diagnosed with the illness, had previously been a passenger on the Ruby Princess cruise ship.

All locked-up regions had resisted calls to ease the restrictions, despite national health authorities arguing there’s no medical basis for the border bans.

“Our tourism industry employs around one in 13 Australians,” Senator Birmingham said.

“Obviously there are no international visitors coming in at present, and if we continue to have the situation where interstate travel is limited as well, then it has a crippling effect on those small businesses.”

The Premier is meeting with tourism operators on the Gold Coast on Tuesday about the economic impacts of the coronavirus pandemic.