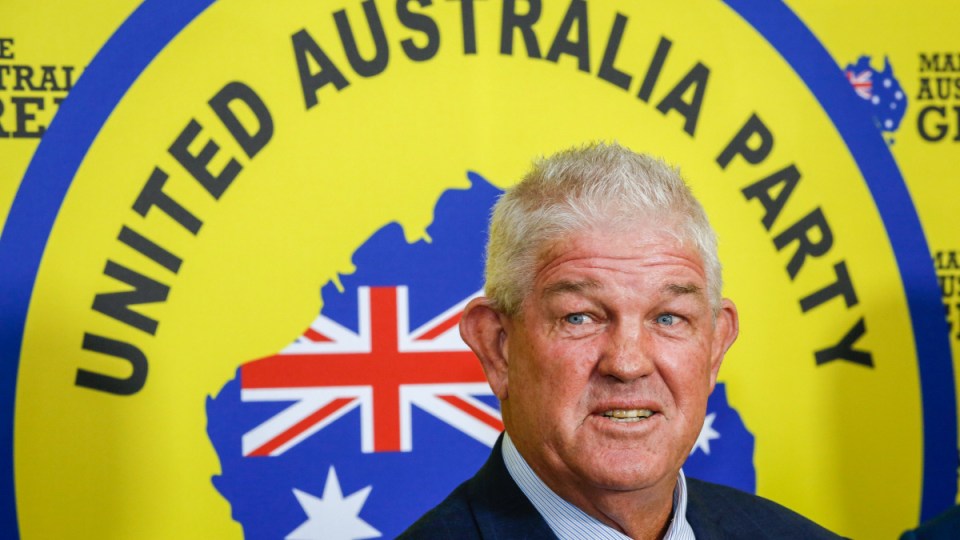 The donations to mayoral hopefully Greg Dowling are believed to be the largest in the state's history, according to the Queensland Electoral Commission. Photo: AAP

Three donations from Mr Palmer’s Mineralogy Pty Ltd have been made to Greg Dowling, who says he is running as an independent.

The 61-year-old announced he was running for mayor on January 15.

A donation of $400,000 on January 23 is believed to be the largest in the state’s history, according to the Queensland Electoral Commission.

All up $502,833.33 has been given to Mr Dowling who was an unsuccessful United Australia Party candidate in the 2019 federal election for the north Queensland seat of Herbert.

“I am calling on people with real life skills – not career politicians – to join me in running for a position on council,” Mr Dowling said announcing his candidacy.

Unemployment is the main platform Mr Dowling will take to the election.

“Lack of jobs is a major problem with youth unemployment running at a staggering 18 per cent,” Mr Dowling said.

“Our young people are turning to crime or are forced to leave the area.”

“There is no future for them in Townsville under the current Mayor.”

Mr Dowling represented Queensland in state of origin 11 times from 1984-87, as well as 12 tests for Australia.

He played his club football for Wynnum-Manly, Wigan in the UK and was a foundation player for the Brisbane Broncos.