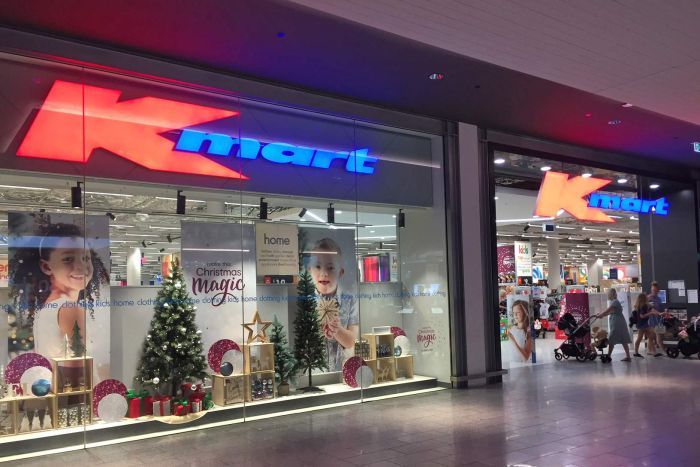 A father-of-two has been sentenced to eight years in jail for kidnapping a seven-year-old girl from a shopping centre north of Brisbane, and molesting her in bushland.

Sterling Mervyn Free lured the girl from her mother in the toy aisle of Kmart in Westfield North Lakes in December, before driving her to an isolated spot about 30 minutes away, and indecently assaulting her.

He dropped the girl back to the centre more than an hour later.

The 27-year-old pleaded guilty in the District Court in July to taking a child for immoral purposes, deprivation of liberty, and indecent treatment of a child under 12.

In sentencing on Friday, Judge Julie Dick said Free’s offending was “every parent’s nightmare” and that she found the CCTV footage of him leading the young girl out of the store “chilling”, “opportunistic and predatory” and involved some premeditation.

During sentencing remarks Judge Dick said Free had admitted to police he had always had “sexual thoughts or fantasies” about young girls, but had never acted upon them until that day.

“You told police your actions made you feel sick and disgusting,” Judge Dick said to Free.

The court heard Free had been provisionally diagnosed with a pornography addiction and pedophilia disorder.

He will be eligible for parole in August 2021 and has already served more than 300 days in custody.

Child safety advocates Denise and Bruce Morcombe were at court for the sentencing, and read a statement on behalf of the girl’s mother outside.

“While disappointed with the sentence, my daughter and our family are moving forward,” the statement said.

An earlier statement was also tweeted by Ms Morcombe on behalf of the girl’s mother.

“My tiny, innocent girl was well aware of stranger danger, however this person was friendly to her and tricked her into following him,” the statement read.

“No child should ever have to go through this type of trauma, and no sentence will ever be long enough to make up for the ongoing effects this will have on her.

Home Affairs Minister Peter Dutton said the sentence handed down to Free was an outrage, calling on minimum mandatory sentencing to be introduced in Queensland.

“This is grossly inadequate and the Attorney-General Yvette D’ath in Queensland should appeal this case. I don’t think Queenslanders would expect anything other than that,” he said.

“To have this young girl treated the way that she was by this animal is unacceptable and that he wouldn’t go to jail for a long period of time just doesn’t reflect community standards.”

Mr Morcombe also said the sentence was not enough to deter to others.

“The bar needs to be sufficiently high to say to these other people, these other creeps that are out there that have fascination about our kids, don’t go there or you’ll be locked up for decades,” Mr Morcombe said.

“I’m not sure this sentence does that.”

Ms Morcombe criticised those who have written nasty comments about the mother on social media.

“I think it’s pretty wrong that these keyboard warriors are picking on this family … she’s a great mother and comes from a great family,” Ms Morcombe said.

‘I took away her innocence’

Outside court, Free’s lawyer Shaun Irving read a statement on behalf of his client, apologising for the “pain he’s caused” the girl and her family.

He said he accepted without reservation the punishment imposed by the justice system.

“I do not wish to cause any further pain upon the young victim, her family, nor delay justice any further,” he said in the statement.

“I cannot comprehend the pain that I’ve caused her. I took away her innocence and scared her family.”

“I hope that today my sentence provides her and her family some closure. I can only ever say sorry, I know that this is not good enough.

“I’m not looking for forgiveness but only to let you know that I deeply regret the harm that I’ve done and the trauma that I’ve caused.”

He also apologised to his own family for the “immense public scrutiny” they’ve had to deal with.

“My children deserve better. They will now grow up without a father and I can only blame myself,” he said.

A psychologist recommended Free participate in specialised corrective services sexual offending assessment in prison, and Judge Dick said she believed he would not be released until those courses have been completed.

Judge Dick did not declare him a serious violent offender, which would require him to serve 80 per cent of his sentence, because she wasn’t satisfied it was “so outside the norm for that type of offence”.