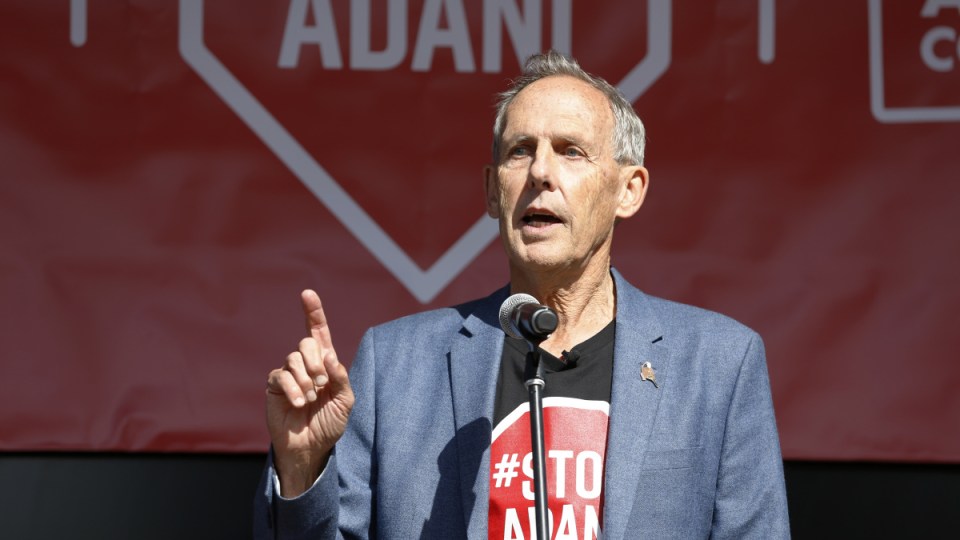 Former Greens leader Bob Brown is undeterred in his campaign to stop the Adani coal mine in central Queensland, warning “we will make this international” at a protest in Canberra.

Queensland’s environment department on Thursday signed off on the company’s plan to manage groundwater on and around its Galilee Basin mine site – the final approval the company needs to begin construction.

But this hasn’t halted the “Stop Adani” protests, with some 200 campaigners holding a vigil outside of the Indian High Commission on Saturday.

Dr Brown and his anti-Adani convey to Queensland have been partly blamed for Labor’s poor election showing in the region, with locals viewing the protest as the south telling the north what to do.

“This is hogwash,” Dr Brown told AAP before addressing his supporters.

“The biggest person telling Queenslanders what to do here is Gautam Adani. He’s pulling the strings from over in India on a stack of politicians and media.”

He said the election result and the go-ahead for mine construction would not spell the end of the anti-Adani protests.

“We will make this international,” the former senator pledged.

He said the Adani company has an appalling record of environmental destruction and corruption overseas, particularly in its home country of India and the Gond forests and its people.

“This brute of a billionaire is riding right over the top of them,” Dr Brown said.