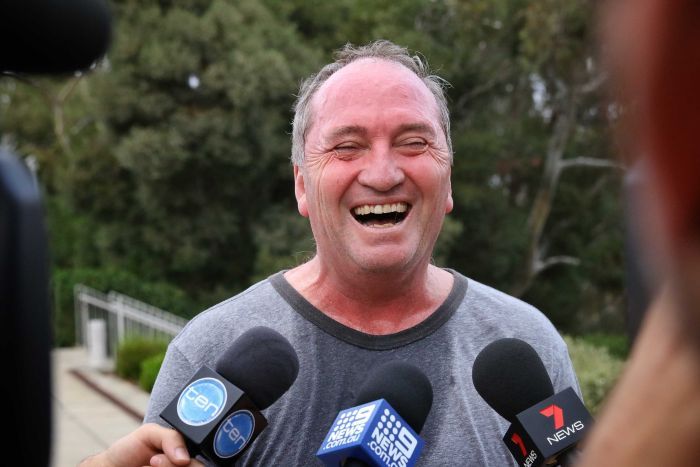 Barnaby Joyce and partner Vikki Campion will soon have another little mouth to feed. Photo: AAP

Barnaby Joyce and partner Vikki Campion are expecting a second child, it has been reported.

The former Nationals leader and his ex-staffer have revealed the news to family and friends, The Courier-Mail reports.

It is understood the baby boy is due in June and will be named Thomas, after Mr Joyce’s grandfather.

The couple already have a baby son, Sebastian, and Mr Joyce has four daughters from his marriage with now-estranged wife Natalie.

“That’s entirely a personal matter for them and I congratulate them,” Mr Shorten told reporters in Queensland on Sunday.

“Whenever a child is to be born it is good news.”