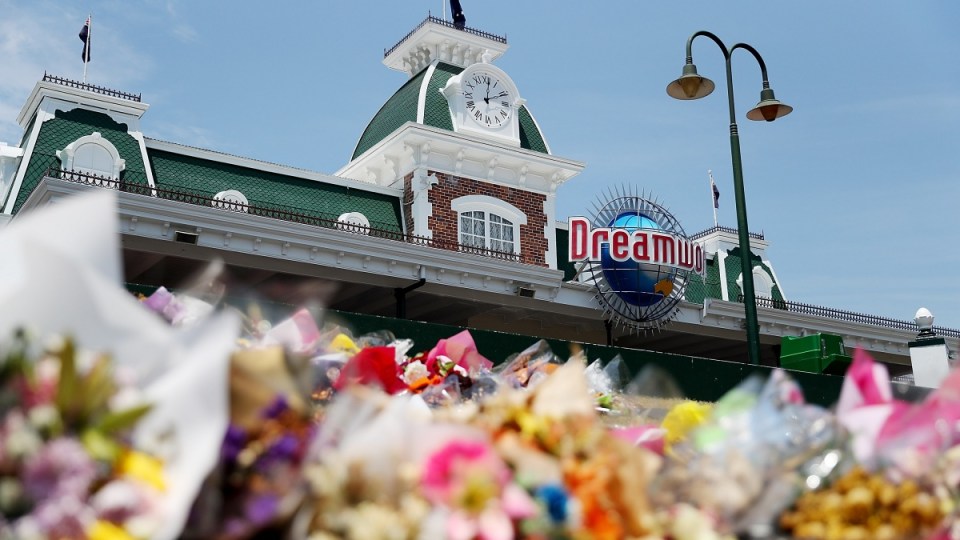 A human behaviour expert has told the final day of the inquest the stress of the accident would have affected the reaction time of staff. Photo: Getty

The marathon inquest into the deaths of four people at Dreamworld has closed with the coroner offering his “deepest condolences” to the families of the victims.

Coroner James McDougall thanked the families who have attended every day of the six-week inquest into the deaths of Cindy Low, Kate Goodchild, her brother Luke Dorsett and his partner Roozi Araghi.

The tourists died in October 2016 when a water pump on the Thunder River Rapids malfunctioned at the Gold Coast theme park.

Outside court, family members declined to comment, but indicated they may make a statement when the coroner hands down his findings in 2019.

Earlier, an expert in human behaviour told the inquest that staff operating the ride had to perform “one task every second” and it was inevitable their performance would suffer.

Professor of Cognitive Engineering and Human Psychology Penelope Sanderson said the stress of the 2016 incident also would have affected reaction times.

“There is a lot of work that people have to do in a given amount of time. If people are spending 80 per cent of their time carrying out tasks, their performance will suffer,” Professor Sanderson said.

“This (operating the Thunder River Rapids Ride) is more like 100 per cent. It would be difficult to sustain for a long period of time, raft after raft.”

Workplace Health and Safety’s chief safety engineer Michael Chan told the inquest he agreed with a recommendation to tighten the enforcement process.

“We need to expand the scope of the annual inspections to include a risk assessment,” Mr Chan said.

He also supported the introduction of a mandatory full risk assessment every 10 years as an “imposition, but a necessary one”.

The inquest has had extensive hearings to determine the cause of the accident.

It has uncovered multiple ride malfunctions in the days leading up to the October 25 deaths, which should have triggered an investigation and inspection of the attraction.

The tragedy has prompted a review of inspection procedures with a major overhaul of theme park safety across Queensland.

Dr Gary Weiss of Ardent Leisure issued a statement to express remorse and deep regret over the accident.

“Our thoughts remain with the victims’ families and everyone who has been affected by this terrible tragedy.”