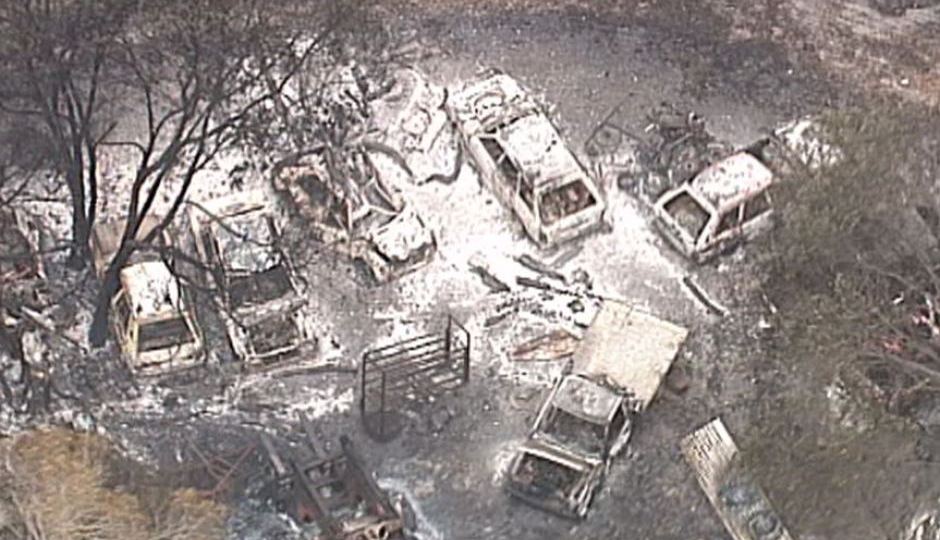 The premier has issued an urgent plea for residents near Deepwater in Central Queensland to leave their homes immediately due to the ongoing threat from a bushfire fanned by an unprecedented heatwave.

Annastacia Palaszczuk’s comments came after the Bureau of Meteorology (BOM) issued an extreme fire danger warning for the Capricornia region for Wednesday.

“I know this is extremely distressing for families and we are there to help you, but you need to listen to the authorities and you must leave immediately,” Ms Palaszczuk said late on Tuesday afternoon.

It’s the kind we have not seen in Queensland before and the time to leave is now.

Gladstone Mayor Matt Burnett said there could still be hundreds of people who had not evacuated from Deepwater, Baffle Creek, Oyster Creek and Rules Beach.

Earlier on Tuesday, QFES incident controller Craig Magick said they were concerned the Deepwater fire could cut the bridge at Baffle Creek, the only way in and out of the area.

“If the bridge gets cut, people will be stuck within that area during the fire,” he said.

QFES Commissioner Katarina Carroll said there are 80 fires burning across the state, but she expected that number to increase dramatically over coming days.

A separate bushfire at Finch Hatton, west of Mackay in north Queensland, also prompted QFES to urge residents in Finch Hatton and Dalrymple Heights to enact bushfire plans or leave the area.

Police declared an emergency in Finch Hatton and people in the area are being urged to head to the local showgrounds to register.

Debbie Gussey, who manages a resort at Eungella, on the mountain range overlooking the fires, said conditions had worsened throughout the day.

“You can actually see from the cabins how the fires have increased in intensity and you can see a few other spot fires have started as well,” she said.

“But there’s plenty of firefighters around and volunteers who are doing a wonderful job.”

Ms Gussey said the road in and out of the area was closed, meaning the school bus could not get through to take children home from Mirani.

“Alternative arrangements had to be made to get them from Finch Hatton either back into town to relatives or family friends’ houses,” she said.

Meanwhile, the BOM is continuing to warn residents about a widespread and exceptional heatwave.

“There’s extreme heatwave conditions being observed from Cooktown to Gladstone, that’s a huge area of the state.

“We see extreme fire dangers in Queensland maybe once every two years – we’ve seen it three times or more in four days.

“While the peak of the fire danger is tomorrow, the conditions are ripe to keep fires going for several days yet.”

Among the maximum temperatures recorded on Tuesday, Cooktown reached 43.9 degrees, Innisfail hit 42.3, and Townsville Airport recorded a November record of 41.7.