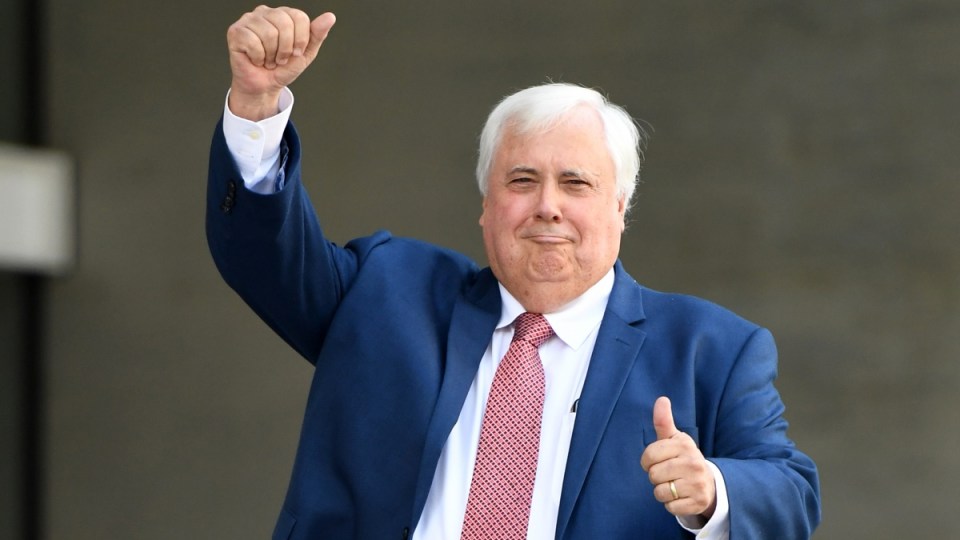 Clive Palmer has again denied knowing the whereabouts of his wanted nephew even though he had dinner with him in Bulgaria a few weeks ago.

During an explosive cross-examination in the Federal Court in Brisbane on Wednesday, the former federal MP said he was more interested in learning about Clive Mensink’s girlfriend than quizzing him on his address.

“I’ve really got no concerns where he is,” he said.

The mining magnate’s latest testimony was part of his ongoing dispute with special purpose liquidators over the collapse of Queensland Nickel (QN).

While being questioned about Mr Mensink’s potential role in the building of Titanic II, Mr Palmer claimed it did not relate to QN.

In what became a fiery exchange, liquidators’ barrister Robert Newlinds SC asked if Mr Palmer understood he was required to answer anything asked of him.

“Are you a particularly stupid man Mr Palmer?” he asked.

He denied he had been in possession of Mr Mensink’s phone number for a long time and said he only acquired it when he saw him.

“That’s bulls–t. It’s rubbish,” he said, to which Mr Newlinds asked him to show some respect to the court.

Mr Palmer was also quizzed about a previous $15,000 transfer from company Mineralogy to Mr Mensink’s girlfriend.

He said her details were obtained after seeing her name in the media, and it was sent it to her as part of his nephew’s entitlements.

Mr Palmer said although he wanted Mr Mensink to return home, he had not offered to pay his airfare and would not tell him what to do.

Earlier in the day, he was accused of a stunt when he unsuccessfully tried to delay giving evidence.

His legal team argued his appearance should be adjourned until a last-minute application to stay the proceedings and any future examinations was heard.

Outside court, Mr Palmer maintained his assertions liquidators know where Mr Mensink is located and were purely cross-examining him to make more money and create bad publicity.

“That’s why we’ve got an abuse of process application filed at the moment,” he said.