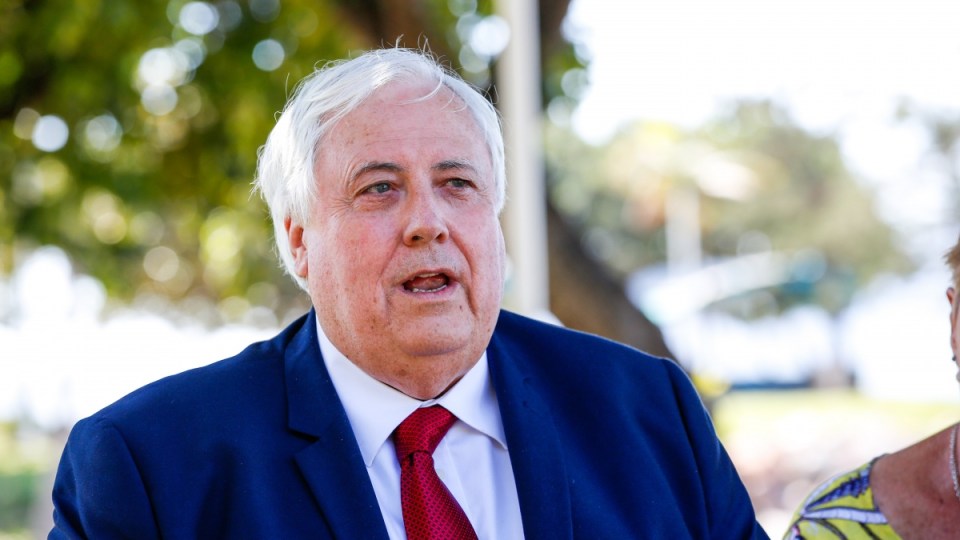 Clive Palmer says he will take the WA government to the High Court if it passes legislation to terminate his legal claim. Photo: AAP

Businessman Clive Palmer has succeeded in his bid to have a Supreme Court Judge in Brisbane recused from an upcoming trial related to the 2016 collapse of Queensland Nickel.

Federal Government-appointed liquidators are seeking to recover hundreds of millions of dollars from Mr Palmer and 20 other defendants over the closure of the Townsville refinery, which led to more than 800 job losses.

Mr Palmer applied to have Justice John Bond recuse himself from the case, alleging bias.

In his written judgement, Justice Bond rejected Mr Palmer’s argument of actual bias against the mining magnate and former federal MP as “baseless”.

But Justice Bond decided to disqualify himself from the case, due to “apprehended bias”.

“I have done so, because in all the circumstances I have concluded it is my duty to do so, in order to ensure that justice be seen to be done at the trial of this proceeding,” Justice Bond said.

Mr Palmer’s allegations of bias related to previous orders that the court made, freezing his assets.

In May, Justice Bond froze more than $200 million of Mr Palmer’s personal assets, and more than $340 million in company assets related to his business activities.

Justice Bond concluded that because he had made an adverse finding against Mr Palmer and found his evidence was “implausible”, there was a risk that future rulings might be seen as prejudiced.

“In this case, such an observer might reasonably apprehend that having expressed the view that I expressed about Mr Palmer’s evidence in the passages I have identified … I might not bring an impartial and unprejudiced mind to the determination of future issues which involve whether Mr Palmer should be believed,” he said.

In a statement, the Special Purpose Liquidator, Stephen Parbery of Ferrier Hodgson, said he respected Justice Bond’s reasons for recusing himself.

“Extensive investigations into the affairs of Queensland Nickel have shown that a number of parties, including Mr Palmer, may be liable for damages and other breaches of the Corporations Act,” Mr Parbery said.

“As such, the Special Purpose Liquidator remains firmly committed to having the matter resolved in the Supreme Court of Queensland as quickly and efficiently as possible.”

Trial to go ahead in April

The trial has not been delayed and is due to begin in April 2019, with Justice David Jackson taking over.

Liquidators have alleged Mr Palmer and his nephew Clive Mensink breached their duties while running Queensland Nickel and traded while insolvent.

Mr Palmer, a former federal MP, has denied any wrongdoing, and has lodged a counter-claim in the Supreme Court, suing liquidators for $1.8 billion in damages.

Last week Mr Palmer represented himself in court, but was not in court to hear today’s decision.