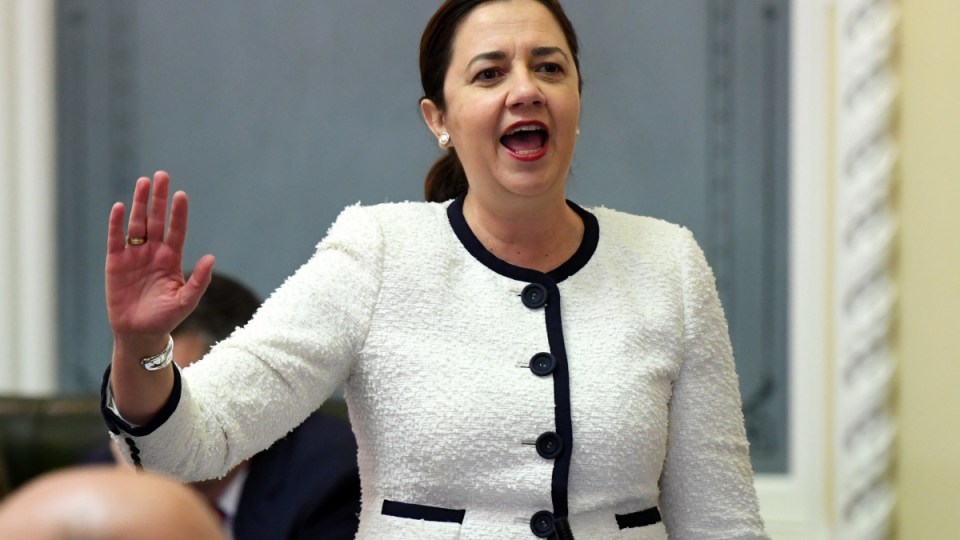 Abortion will be decriminalised and safe access zones will be rolled out at clinics across Queensland under laws to be introduced to state parliament next month.

Premier Annastacia Palaszczuk on Monday released the Queensland Law Reform Commission’s (QLRD) review into abortion law and accepted all of its recommendations.

“For too long this archaic law has sat on our statute books,” Ms Palaszczuk said.

“This is about bringing Queensland into the 21st century.”

Women would be able to seek abortions up to 22 weeks under the reforms, and 150-metre exclusion zones would protect them from harassment.

The QLRC found abortions should be treated as a health issue and not a criminal matter, but it suggested making it an offence to perform or assist in abortions without qualifications.

The bill is expected to be debated and passed before the end of the year.

Opposition Leader Deb Frecklington said she conditionally agreed to allow a conscience vote but wanted to see the bill first.

“This is a highly emotive issue and I won’t be making any knee-jerk, reactive comments in relation to Labor’s proposal.”

Doctors who oppose abortions will be allowed to refuse terminations, but will be required to refer women to another practitioner.

If passed, New South Wales would be the only jurisdiction in Australia to continue to regulate abortion under the Crimes Act. Abortions are currently only allowed in Queensland and NSW if the patient’s life or mental health is at risk.

Queensland Deputy Premier Jackie Trad said terminations were not criminal matters, and the reforms would clarify the law.

“Queensland’s current laws create uncertainty among doctors about how the law works and the possibility of prosecution of health professionals and women impedes the provision of safe, accessible healthcare.

“This leads to fear and stigma and disproportionately impacts women who are already disadvantaged, including women in low socio-economic groups, victims of domestic violence, those in rural, regional and remote areas and Aboriginal and Torres Strait Islander peoples.”

“The values of 1899 should not limit a woman’s right to access the healthcare they need in 2018,” the law centre’s senior lawyer Adrianne Walters said.

Right-to-life organisation Cherish Life hit out at the proposed changes.

“This radical bill is a con job to try to trick the Queensland public into thinking there will be an effective restriction on late-term abortions, when in fact it will legalise the killing of healthy, viable unborn babies for social or financial reasons,” executive director Teeshan Johnson said.

Former independent MP Rob Pyne introduced two private member’s bills to alter the termination laws in 2017 but withdrew them at the last minute when it became clear neither would pass.