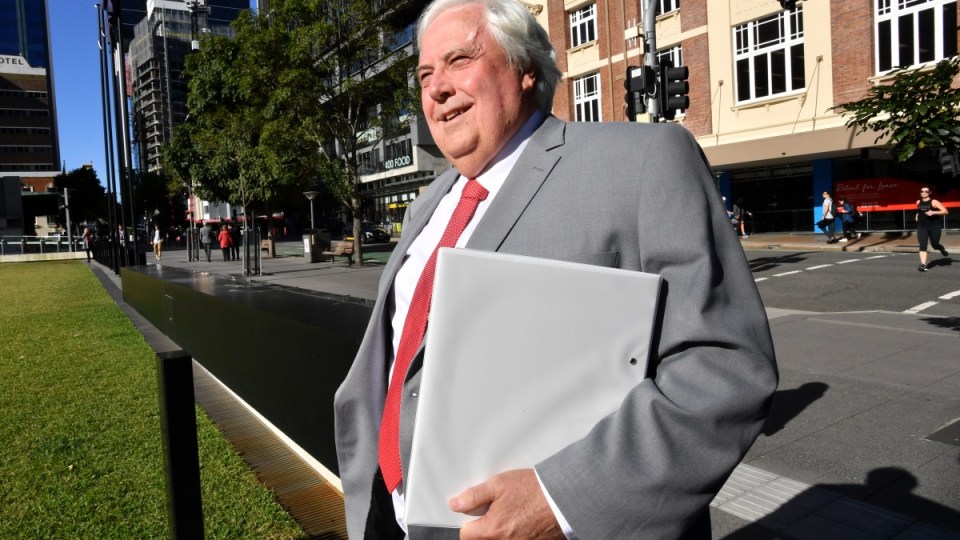 Clive Palmer is considering running for the Townsville-based seat of Herbert and says locals have faith in him, despite hundreds losing their jobs when his nickel refinery closed.

The former federal MP is reviving his political party under a new name, and said Townsville voters could see he was a champion for their city.

He said Herbert, held by Labor’s Cathy O’Toole, looked like an attractive option if he decided to try to re-enter parliament.

He was not worried about baggage from the closure of his Yabulu nickel refinery after his Queensland Nickel business collapsed in 2016, putting about 800 Townsville workers out of their jobs.

He said he enjoyed strong support in Townsville, after announcing plans to reopen the refinery and partly repurpose it to extract $6 billion in cobalt from discarded mining waste.

“I am supportive of [the] people of north Queensland,” he said. “That’s why we reopened the refinery and why the Townsville Bulletin last week ran a poll and 70 per cent of people in Townsville said that they supported my efforts.”

Mr Palmer has rebranded his former Palmer United Party as the United Australia Party. He has said he intends to run candidates in every upper and lower house seat at the next federal election.

The businessman held the seat of Fairfax, on Queensland’s Sunshine Coast, from 2013-2016, when he opted not to recontest it.