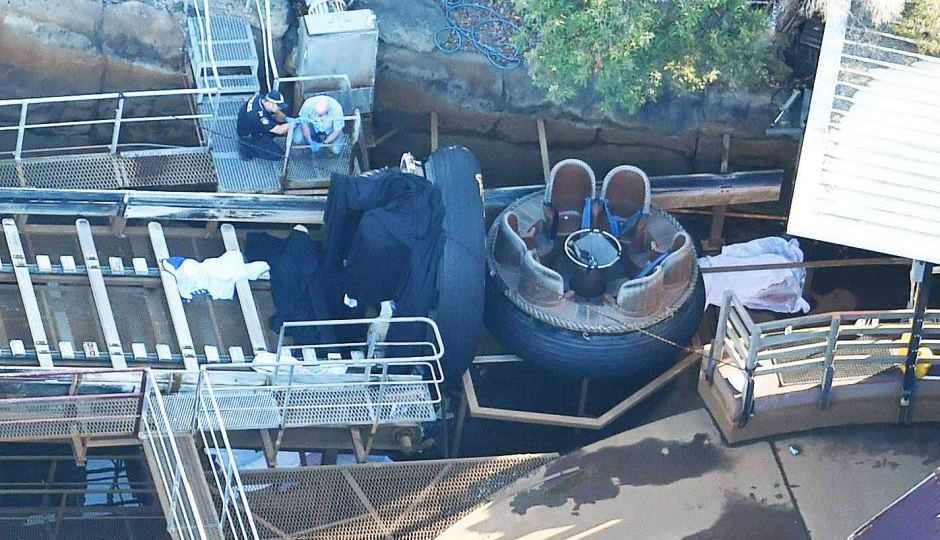 A Dreamworld ride operator says the same sort of malfunction that led to the death of four guests on the Thunder River Rapids ride occurred while he was working on the attraction a week earlier.

Peter Nemeth was operating the ride when two rafts collided in October 2016, throwing guests from a raft and into a conveyor mechanism.

Cindy Low, Kate Goodchild, her brother Luke Dorsett and his partner Roozi Araghi all died instantly in the incident.

Mr Nemeth told an inquest at Southport Coroners Court on Tuesday in the moments before the tragedy he’d noticed the water levels on the ride had dropped dramatically.

He said he knew one of the water pumps on the ride had failed.

“The railings were already exposed by the time I noticed,” Mr Nemeth said.

“I knew what was happening because it happened a week before.”

After noticing the raft containing the guests was about to collide with an empty raft stuck on the railings, he pushed a button on his main control panel to stop the conveyor belt.

“It did not stop even though I pressed it two or three times,” Mr Nemeth said. “It did stop after the rafts had collided.”

The inquest has already heard the “slow-stop” button on the control panel would halt the rafts about eight seconds after the button had been pushed.

Earlier on Tuesday, a forensic crash investigator said his investigation had indicated the button had been pushed after the rafts had already collided.

An emergency stop panel at the nearby unloading dock, which would have stopped the conveyor belt in just two seconds, wasn’t pushed at all, the inquest heard.

Senior Constable Steven Cornish said that emergency button could have lessened the likelihood of death, even if it was pushed after the collision.

“It wouldn’t have avoided [the tragedy], it may have limited some injuries. Possibly,” Senior Constable Cornish said.

On Monday, lead police investigator Detective Sergeant Nicola Brown told the inquest Mr Nemeth panicked during the tragedy and “wasn’t sure at the moment of stress which button to press”.

Mr Nemeth told the inquiry there was no doubt he’d been pushing the correct button in the moments before the tragedy.

“There’s only one button that stops the conveyor … I was pushing the red stop button,” he said.

Earlier, the inquest heard Dreamworld staff were confused by the ride’s controls. Barrister Steven Whybrow, representing Ms Goodchild and Mr Dorsett, said an emergency stop button was not clearly labelled and a worker was unaware of its exact function.

“She was told not to worry about that button. No one uses it?” Mr Whybrow asked lead police investigator Detective Sergeant Nicola Brown.

Mr Whybrow added that a memo to staff in the days before the tragedy had dissuaded them from using the emergency button.

The inquest heard the ride’s main control panel also had no emergency switch that would shut down the ride. Instead, a second switch needed to be used to halt the conveyor belt.

“It is a confusing control panel, and that has been raised by the auditors,” Detective Sergeant Brown said.

She said an automatic sensor to shut down the ride if water levels dropped to a dangerous level would have prevented the tragedy.

“We’re talking about human beings … it was a human being that has to stop it,” she said.