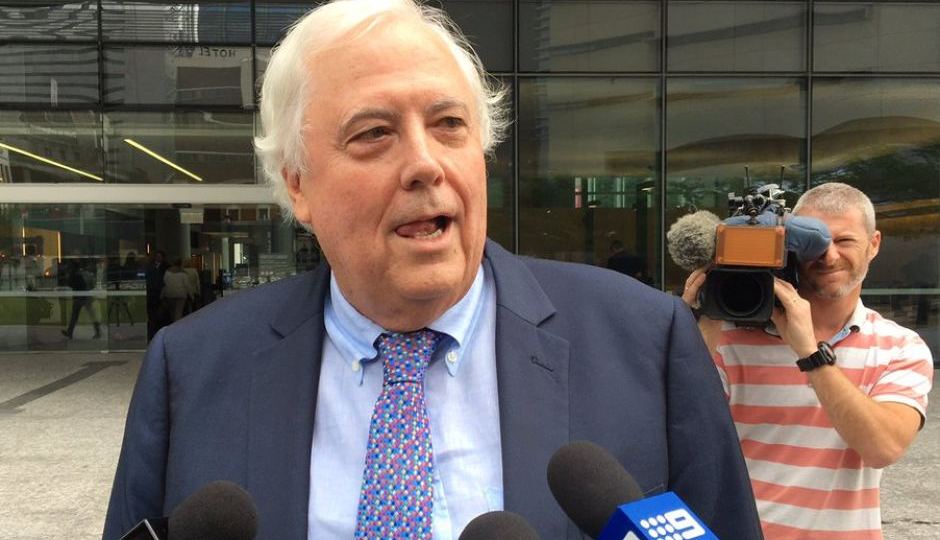 Clive Palmer says he has the funds to reopen the mothballed refinery. Photo: ABC

Businessman Clive Palmer says he’ll reopen his mothballed Townsville nickel refinery and he’s got plenty of cash to do it – despite a court freezing his assets.

Mr Palmer’s surprise announcement comes just a fortnight after liquidators of his collapsed Queensland Nickel business won a court order to freeze his assets while they try to recover money owed to creditors.

He made no mention of that order on Wednesday as he announced his company QNI Resources, which owns the refinery, would reopen it.

The former federal MP said his companies had close to $500 million in cash reserves and he would use some of that to restart the plant where 800 workers lost their jobs.

He didn’t say when but hoped it could be achieved “in the shortest possible time”.

“It is time for all sides to forget about politics and to support the Queensland company that owns the refinery and is debt free to open and operate for the benefit of Townsville and the nation,” he said.

Justice Bond said Mr Palmer’s previous conduct raised concerns that there was a “real risk” he could take steps to frustrate or inhibit justice.

But Justice Bond said the freeze would be subject to numerous exceptions, “including that it does not prohibit dealing with or disposing of assets in the ordinary and proper course of business”.

Liquidators have accused Mr Palmer and his nephew Clive Mensink of breaching their duties while running Queensland Nickel and trading while insolvent.

Mr Palmer has always denied any wrongdoing, and repeatedly defended his nephew who has refused to return to Australia to answer questions about the collapse. He has called the asset freeze part of a “political witch-hunt”.

Late last month, he said he didn’t owe anyone any money, and has boasted that he’s worth $3 billion.

The freezing of Mr Palmer’s assets is a temporary action until court proceedings relating to the Queensland Nickel collapse are finalised.