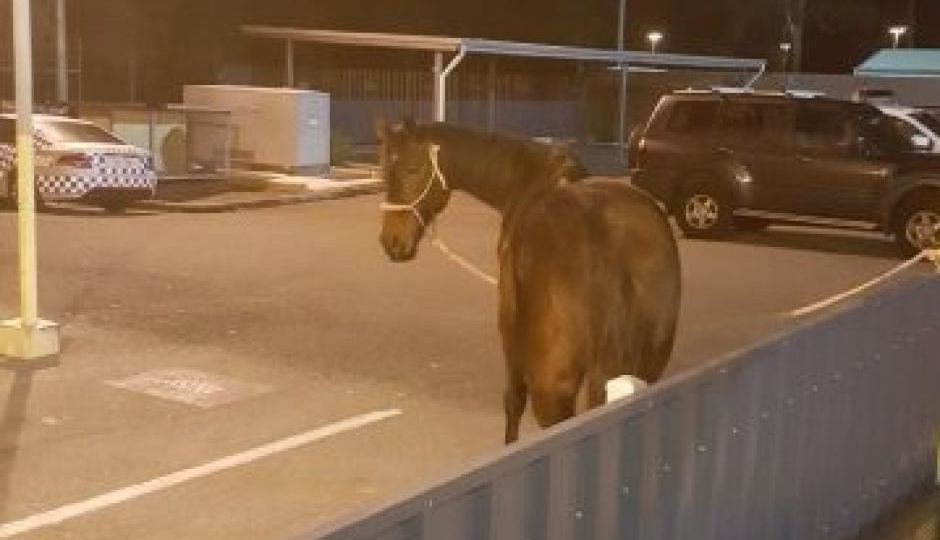 The horse was taken to the police station before it could be returned. Photo: Queensland Police Service

A woman has been charged after allegedly riding a horse to a bottle shop while she was more than four times the legal alcohol limit.

Police in Logan, south of Brisbane, were called to a tavern about 11.30pm on Monday over a woman refusing to leave the premises.

They said upon arrival the female allegedly rode the horse through the drive-through section of the tavern and appeared heavily intoxicated.

The woman was arrested and taken to Logan Central Police Station, where she allegedly provided a positive blood alcohol concentration of .226 per cent.

Officers walked the horse back to Logan Central Police Station while the woman was processed.

Council workers later assisted in walking the horse back to a Marsden address.

The 51-year-old woman was charged with being in charge of a horse while under the influence of liquor.

She is due to appear in the Beenleigh Magistrates Court on June 26.

“Police want to remind the public that drink driving does not just mean a vehicle, it can include a horse,” a police spokesman said.