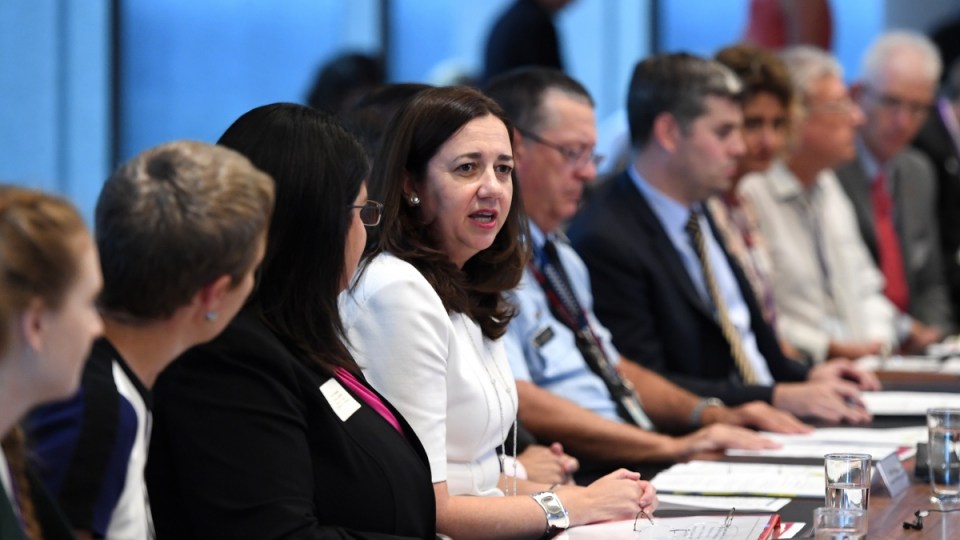 Queensland Premier Annastacia Palaszczuk has taken cyberbullying to the federal level, confirming Prime Minister Malcolm Turnbull has agreed to put it on the agenda at the COAG meeting next month.

Ms Palaszczuk made the announcement while meeting with stakeholders on Monday following the death of Dolly Everett, 14, earlier this month.

The Premier said her cabinet had already agreed to establish an anti-bullying taskforce, as well as granting child support group ‘yourtown’ $60,000.

She told the stakeholders she wanted their views and ideas to help form the action plan she’ll take to COAG on February 9.

“Governments don’t have all the answers, neither does any individual sitting around this table, but hopefully collectively we can put in place a very good action plan,” she said.

University of Queensland Professor Matt Sanders, the founder of the Positive Parenting Program, was among the stakeholders at the meeting and said it was an “important afternoon”.

“I think it’s important that we raise awareness in the community that this is a shared responsibility,” Professor Sanders said.

You can’t just look to governments to resolve the issue and parents need to put up their hand and say ‘I am part of the solution’.”

The LNP opposition has offered bipartisan support on the issue, with Deputy Opposition Leader Tim Mander reiterating the issue was “beyond politics”.

“As a mother of three daughters I know only too well the difficult and sometimes painful path our kids must travel these days,” Ms Frecklington said in a statement on Monday.

“It breaks my heart every time I hear that bullying has played a part in the loss of another one of our precious young people – but it’s well and truly time to channel our hurt into action.”

State cabinet was also briefed on the establishment of a new dedicated Youth Advisory Council and a statewide survey of school children between March and June this year to collect their stories and experiences of cyberbullying.

Earlier, Ms Palaszczuk said parents and children were feeling “defeated” by the issue.

“I firmly believe that we are just skimming the ocean of a big issue, where bullying and harassment is now following young children into the family home,” she told reporters on Sunday.

She admitted that many of the offences already fell under existing laws such as using a carriage service to harass or threaten, but said cyberbullying needed a more holistic approach.

Tracey Adams from child support group yourtown, which runs Kids Helpline, said in many instances parents also needed to be re-educated about the appropriate response to cyberbullying.

“It can be very confronting when a parent has a child come to them and say they are experiencing cyberbullying, and often as a parent the first response can be to take the device away,” she said.

“And that can be why young people are hesitant to tell their parents, because they are afraid of being punished, but that young person has done nothing wrong.”

“Of those, 14 per cent were experiencing suicidal thoughts at the time of the contact,” she said in a statement.