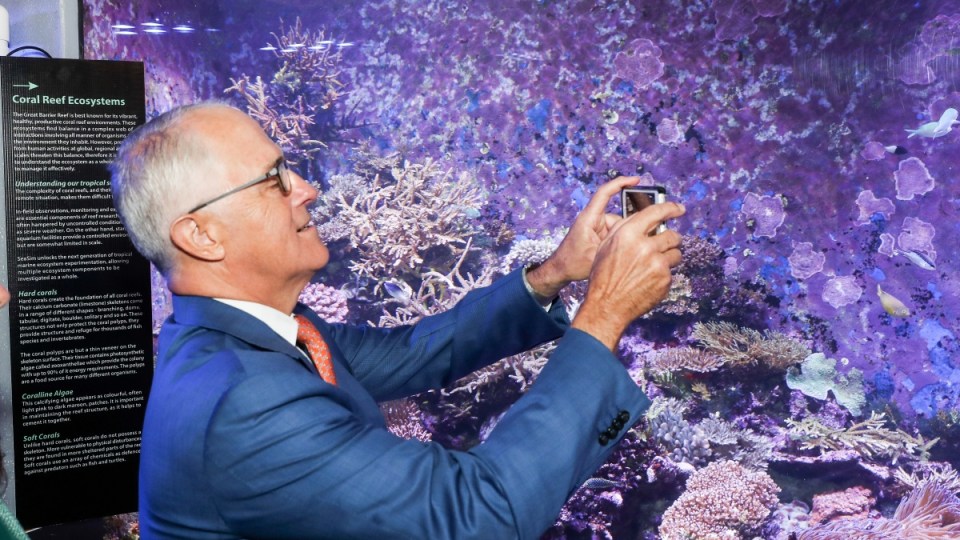 The federal government’s Great Barrier Reef cash injection has been met with incredulity from local environmental campaigners who say climate change and new coal mines are the real issue threatening the natural wonder.

But the Australian Marine Conservation Society (AMCS) said in a statement that moving towards the greater use of renewable energy should be the government’s focus.

AMCS argues that a $800 million investment is needed immediately if the government is serious about protecting the reef.

“To seriously tackle the grave threat of climate change to the reef, the federal government needs to make an urgent transition to renewable energy and rule out Adani’s Carmichael mine and all new coal mines,” said Imogen Zethoven, AMCS’s Fight for our Reef campaign director.

“Funding research is necessary, but it will be a classic case of rearranging the deck chairs on the Titanic unless the federal government moves quickly away from coal and other fossil fuels,” Ms Zethoven said.

The Prime Minister needs to exert leadership on climate change and the Reef. He is well aware of the problem but his solutions are so far woefully disproportionate to the problem.”

“It is important to emphasise that the reef is alive, it’s resilient,” Mr Turnbull said.

“There is a lot of negativity out there which is bad at two levels: one, it undermines the whole confidence in supporting and helping the reef, and two, it doesn’t help those 64,000 jobs, most of which are in tourism and related industries.”

The new cash for the reef is to be spent in the next 18 months, with $6 million to go towards the Australian Institute of Marine Science and the CSIRIO to “develop new ways for the reef to adapt and recover”.

There’s to be a $10 million “all-out assault” on the crown of thorns starfish, with the number of culling vessels increased from three to eight, while a further $5 million would boost the number of field officers who would be able to provide earlier warnings about coral bleaching events.

AMCS maintains these are bandaid measures.

“Fertiliser runoff is leading to plagues of coral-eating crown of thorns starfish. It is not enough to continue to fund COTS removal while not seriously tackling the root cause of the problem.

“A Queensland government report found that an $800 million investment each year for 10 years would make a dramatic improvement to the reef. The government must get serious and make investment in this order of magnitude.

“Our reef is suffering. If it were a patient, it would be crying out for more help.”

“We are putting a lot of money into research to look how we can best make the reef resilient in the face of warming waters,” Mr Turnbull said.

Minister for Jobs and Innovation, Michaelia Cash, who accompanied the PM to Queensland, claimed the increased funding showed the government’s commitment to protecting the reef’s future.

“The Great Barrier Reef is a critical national asset – we want to ensure its future for the benefits of all Australians, particularly those whose livelihoods depend on the reef,” she said.