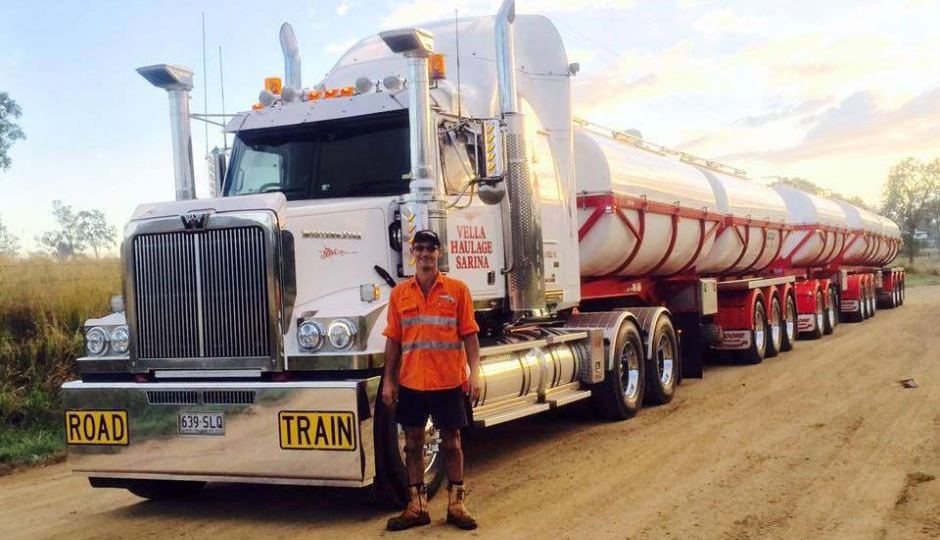 George Vella died on Saturday night with his brother Frank at their business after being overcome by fumes. Photo: Facebook/George Vella

A tight-knit central Queensland community is in shock after two brothers died after being overcome by fumes while cleaning inside a tank.

Police said the men, Frank Vella, 52, and George Vella, 48, were found dead in the tank used to hold molasses, when emergency services arrived at their haulage business at about 8:30pm on Saturday.

Workplace Health and Safety (WHSQ) is investigating the incident at Vella Haulage in Sarina, with a report to be prepared for the coroner.

Mackay Regional Councillor Martin Bella said it was a shocking accident that would have a huge impact on the community.

“Part of the shock is that two men who’ve been around the traps for as long [as they have] can be caught in this situation,” he said.

“I think it stands as a warning to all of us that we’ve just got to be careful.

“It certainly makes you rethink some of the things you do in a farming and in a semi-industrial sense — you’ve just got to be more careful.”

Office of Industrial Relations executive director Julie Nielsen said her heart goes out to relatives of the popular locals.

“Two brothers lost their lives in unfortunate circumstances and this is an absolute tragedy,” she said.

“WHSQ is trying to piece together exactly what went wrong.”

At this stage, WHSQ believes 20 cubic metres of superflow (sugar cane by-product) with 4 per cent urea mix was the last known load the tanker had transported.

It is presumed the two men were cleaning the residue in the tanks after unloading the day before.

“We need to find answers and give the family some closure,” Ms Nielsen said.

Mr Bella said the brothers were well known in the community, with their family living in the Sarina area for generations.

“It’s going to have a huge impact,” he said.

“You can’t take things for granted — it’s over for Frank and George, but it’s going to linger for a long time for those that were close to them.

You can’t come from a family like the Vellas and not be involved in the local community — you’re raised in it, you’re part of it — they literally are part of the fabric of the community.

“There are many of us that can see ourselves reflected in this tragedy.”

Canegrowers chairman Paul Schembri said it was “an enormous tragedy for the whole region”.

“[The] Vella family is considered to be one of the most highly regarded and well respected families. [It’s a] great tragedy,” Mr Schembri said.

“They have had extensive interests in sugar cane and transport haulage industries and it comes as a great loss to all of us.

“We live in close-knit communities and we as a community are feeling that pain.

“This has come a great shock and is the worst possible news to have received — almost as if we’re disbelieving what’s actually happened.”

Many people have posted tributes to the brothers on social media, describing them as hard-working and generous.

“Love and light to their family and friends at [this] sad time. The Sarina community will mourn the loss,” Desleigh Hepburn wrote on Facebook.