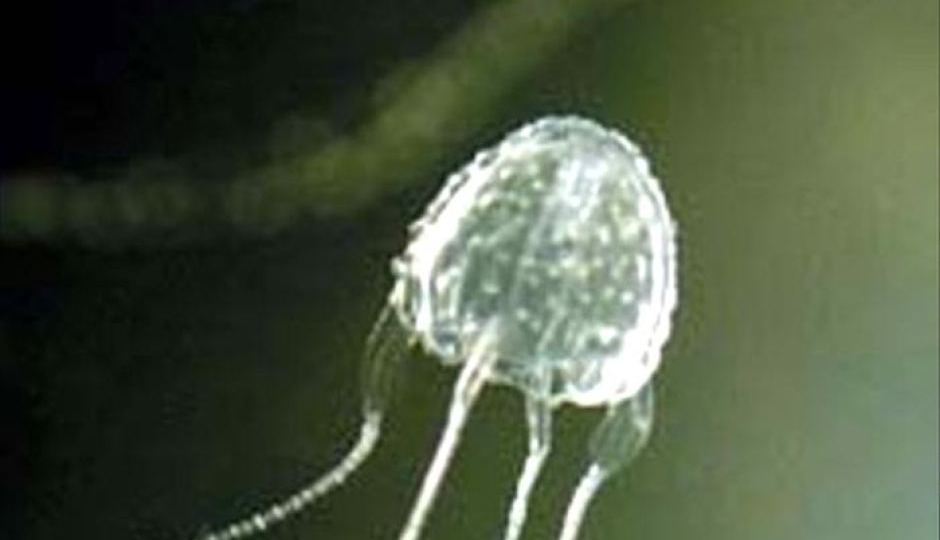 An irukandji jellyfish has been found off the coast of Fraser Island for the second time in two years.

Lifeguards were dragging for jellyfish off the island’s west coast on Sunday — in response to a spate of stings in the Wide Bay last summer.

James Cook University Professor Jamie Seymour said there was a lot still not known about the number and types of the irukandji species in the region.

“There’s not a huge chance of being stung, however there are specific places along the east coast of Australia and Queensland that you definitely do not want to swim because that’s where you’re going to get stung,” he said.

“The trick is for us to work that out, and there seems to be a couple of spots on the west coast of Fraser that are very specific.”

“We’re urging everyone to stay out of the water entirely on that western side of the island while conditions are hot and humid,” he said.

“If anyone is stung on Fraser Island they should douse the area with vinegar as soon as possible and immediately call triple-0 to seek emergency medical assistance.

“We don’t want to cause widespread panic, but it is really important for people to exercise caution and put safety first at all times. This includes taking a bottle of vinegar with you if you are heading to the island, to be prepared to treat a sting.”

Mr Holden said SLSQ would continue to conduct daily stinger drags on the western side of Fraser Island, while informing campers and beachgoers in the area on the risks associated on entering the water and handing out marine stinger treatment information.