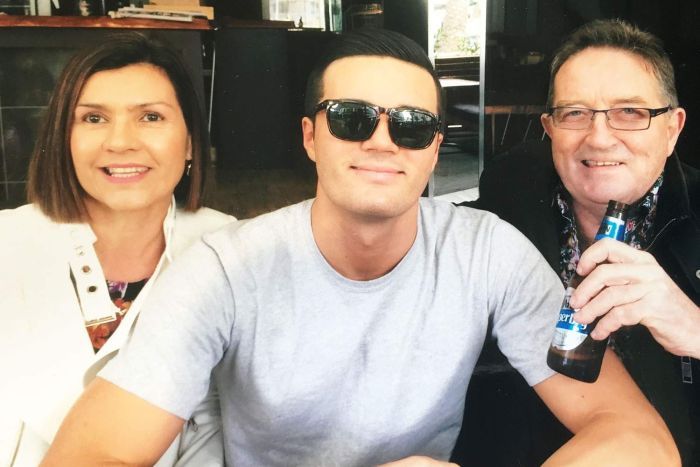 A Queensland coroner has found police acted “inappropriately and incompetently” when they failed to call an ambulance after finding an unconscious university student during the raid of a Gold Coast unit.

Charlie Robertson, 19, died from a drug overdose in the hours after police left his Nobby Beach apartment on June 13, 2015.

An autopsy found he had consumed a cocktail of drugs, including GBH, ecstasy and cocaine.

During the March inquest, police officers told the coroner they tried to wake the student by rubbing his sternum, tipping him off his bed, shining a torch in his eyes and pouring water over his face.

Some of the officers involved have already been disciplined after an internal police review, but they may still face criminal charges after the coroner said the matter would be referred to Department of Public Prosecutions.

Seven police officers from the Gold Coast Rapid Action Patrol Group executed a search warrant at the home where Mr Robertson lived with his two housemates.

Officers had a briefing on the day before the search and were told Mr Robertson had no previous drug history.

When police arrived, the Bond University student, who has received a Dean’s award the day before, was discovered unconscious on his bed.

Coroner Terry Ryan was told by the officers, who had interviewed other people found in the unit, that Mr Robertson was sleeping off a heavy night of drinking.

The officers testified the 19-year-old was snoring and they did not think he needed medical attention, even though an ambulance crew was already on scene treating another man who had injured an ankle during the police operation.

‘Police did not act with respect’, says grieving father

Coroner Ryan found the officers dealt “inappropriately and incompetently” with Mr Robertson during the 90-minute raid.

“Officers placed an over reliance on the fact Charlie was snoring and therefore breathing,” he said.

“Most officers agreed, with the benefit of hindsight, they should have sought medical attention for Charlie.”

“Our boy would be 100 per cent alive today had the police acted accordingly and appropriately, and with respect to my son,” he said.

At least we have a little satisfaction in the knowledge the police are going to the DPP for possible prosecutions.”

Since the death of Charlie Robertson, Queensland’s front line police must now be given training in identifying people who have suffered an overdose.