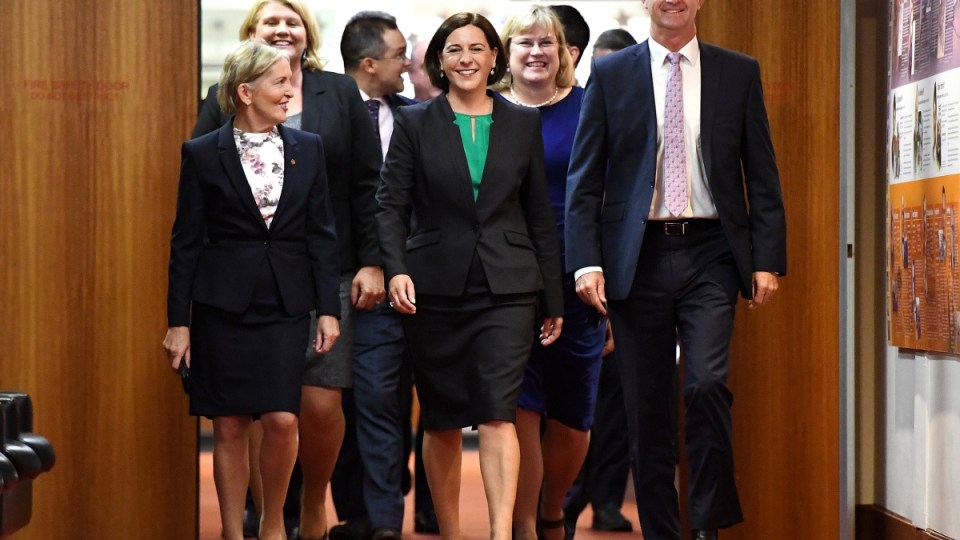 Queensland’s new opposition leader is happy there are two women at the helm of the state’s major political parties for the first time, but says more are needed.

Deb Frecklington was elected to the LNP’s top job in a partyroom meeting on Tuesday, with Tim Mander voted in as her deputy.

The Member for Nanango said more needed to be done to encourage women to enter politics, particularly on her side of the chamber.

Only six of the 39 LNP members elected at the November 25 poll are women, compared to 23 of 48 MPs on the Labor side of the house.

“Ultimately we need more women and I’m more than happy to say there’s two female leaders at the top in Queensland,” she told ABC Radio on Wednesday.

Ms Frecklington said Ms Palaszczuk deserved respect for the fact she had won two elections but she was looking forward to being a “formidable force” against her.

We have a big job to do and I’m under no illusions how hard this job will be.”

Ms Frecklington, who was first elected to the Queensland parliament in 2012, said her rural background meant she could “bridge the divide” between the city and country.

She refused to be drawn on where exactly the LNP went wrong during the election campaign but said the party’s inability to get its messages across “absolutely” played a role.

But the newly-minted leader said she did not think the LNP should pretend he didn’t exist.

“Everyone is always trying to target our side of politics back to the Newman years when we actually did do some good things,” she said.

“I don’t think I’ve ever heard Annastacia Palaszczuk being asked and that’s in relation to (former premier Anna Bligh), it seems like that slate’s just been wiped clean.”

Ms Frecklington said she would have discussions with her team this week to work out who should be part of her shadow cabinet.

She refused to say if it would include Mr Nicholls.

“I’ve got a lot of thinking to do over the coming days … to make sure we get the right team,” she said.

Ms Frecklington said Mr Nicholls had done some excellent things during his time in the parliament.

“I think Tim Nicholls can still add to our team for sure,” she said.

Women at the top, ‘get used to it’, says Frecklington