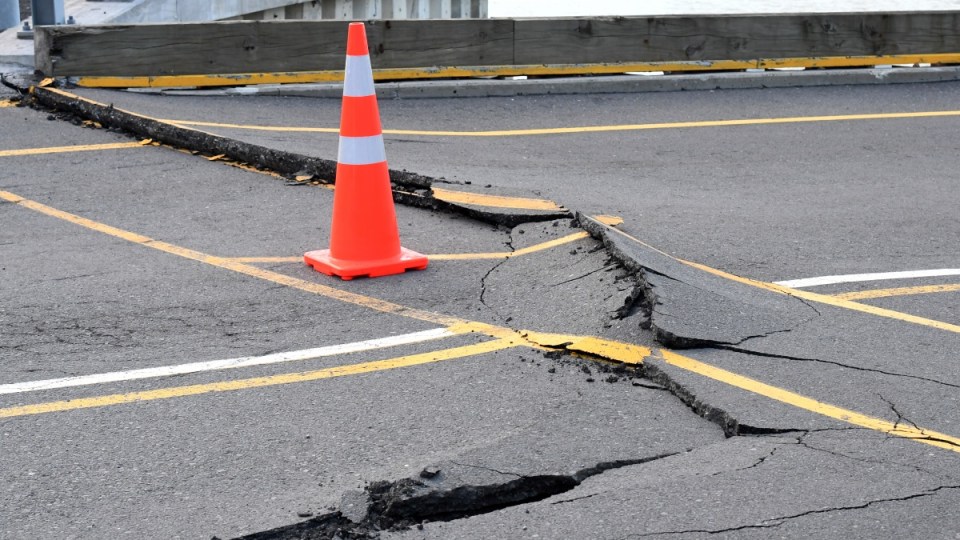 Roads are cracking up Photo: AAP

Queensland’s deteriorating road network faces a $9 billion works backlog over the next decade, according to a new report.

The Queensland Audit Office has delivered a scathing assessment of the state’s network in its Integrated Transport Planning document released on Tuesday.

It found the Department of Transport and Main Roads had a $4 billion backlog for renewal and maintenance work on existing roads as of June 30. But that figure will blow out to $9 billion unless funding issues are addressed.

The QAO warns that backlog will compromise service standards and will require a focus on “safety-related defects” on its road network at the expense of other maintenance works.

It also found the existing underfunding means the condition of the state’s roads falls “well short” of the department’s own target standards.

“Without alternative strategies to address the funding issues, DTMR faces a risk that it will not be able to maintain or improve service standards on the transport network to meet Queensland’s future needs,” the report says.

The QAO urges DMTR to finish its Queensland Transport Policy so it has a plan for how to balance increased road use with a network that is “at risk of deteriorating as a result of insufficient renewal funding”.

It also makes 13 recommendations to DTMR and the Department of Infrastructure, Local Government and Planning.

Opposition Leader Deb Frecklington says the report shows Premier Annastacia Palaszczuk has no plan to build the roads the state needs because it cannot even keep up with fixing existing ones.

“Annastacia Palaszczuk has invested less in infrastructure than any previous government,” she said in a statement on Wednesday.

“Our roads are becoming less reliable and less productive under Labor.”

Roads Minister Mark Bailey has been contacted by AAP for comment.