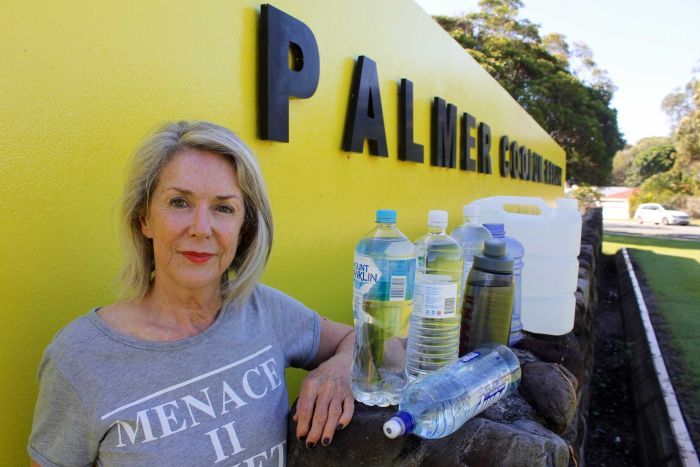 Maree Frecklington has been in a long-running dispute with managers of the Coolum Resort. Photo ABC

Holiday units in the Palmer Coolum Resort, which has been mothballed since March 2015, have been listed on Airbnb in time for the school holidays.

Once regarded as one of south-east Queensland’s most prestigious resorts, the site is a shadow of its former self and has been the centre of a legal battle between retirees who own villa shares and Clive Palmer.

A range of listings for units in the resort, owned by the eccentric billionaire and former politician, have appeared up on the popular online booking accommodation service.

But Maree Frecklington, who has owned a villa share in the resort since 2004 and regularly stays in it even though it has no water and electricity, warned the main pool was brown.

She said the mosquitoes were bad and blamed the stagnant pool, fearing it was a health issue for workers on site.

However the tennis pool, a smaller pool located near the tennis courts, was clean and in good condition, Ms Frecklington said.

Other images appeared to show damage to the site from recent thunderstorms.

“The village pool is getting … the water level is higher and higher and its getting greener and greener,” she said.

She said she still did not have running water or electricity connected to her villa, although other villas and resort rooms in the complex did and workers had been on site cleaning those areas.

Units range in price from $142 a night for ground-floor studio to $415 a night for a two-bedroom villa.

“Take advantage of playing one of Queensland’s most iconic golf courses during your stay. The magnificent Palmer Coolum Resort golf course is located less than 5 mins walk from your studio,” the listing reads.

“Guests have use of Tennis Court and Pool.”

Ms Frecklington said she had kept ownership of her share of the resort villa as it had been a place her son, Jason and his wife Deb, had enjoyed visiting.

Neither Mr Palmer or the resort manager could be reached for comment.