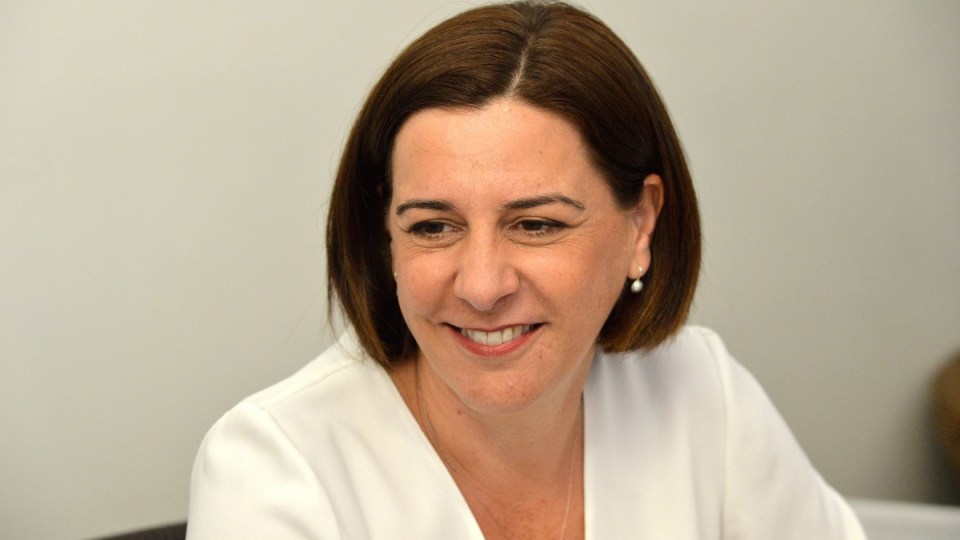 The Liberal National Party’s new leader has thrown out a challenge to Premier Annastacia Palaszczuk, saying it is “game on”.

The party room on Tuesday afternoon overwhelmingly declared Deb Frecklington as the LNP’s best chance of leading its 39 MPs and taking the fight to Labor.

Ms Frecklington, the Member for Nanango, won the leadership ballot fighting off a challenge for the top job by former leader John-Paul Langbroek and grassroots campaigner Mark Robinson.

The LNP refused to reveal how many votes each candidate received.

Ms Frecklington said she was humbled and pleased to be elected leader.

“We’ve pressed the reset button, but we are under no illusions of the hard work we will have to do to rebuild the faith of Queenslanders,” she said.

Now I can assure Queenslanders that with me what you see is what you get … I will be a no-frills politician.”

LNP Chief Whip Trevor Watts said everyone in the party-room was supportive of the decision.

“We are very happy to have a new leadership team and look forward very much to getting into the new parliament,” he said.

Mr Nicholls threw in the towel after losing the last election with just 33.6 per cent of the vote.

He was the party’s fifth leader in nine years, lasting just 19 months.

He took over the leadership in May 2016 after defeating Lawrence Springborg 22-19.

At the time Mr Nicholls claimed he had the “experience, energy and enthusiasm” necessary to defeat the Palaszczuk Government at the next election.

But he struggled to shake-off his Newman government ties, and particularly his role as “architect” of the asset sales campaign and the sacking of more than 14,000 public servants.

Ms Frecklington would not say if her former boss would be included on her front bench.

“I will be having those discussions with Tim Mander — nothing is off the table.”

She will announce her shadow cabinet in the coming days.

While the LNP was choosing its leadership team, Ms Palaszczuk was getting the official nod for her frontbench.

Governor Paul de Jersey swore in Ms Palaszczuk and her 18-member ministry at Government House on Tuesday morning, 17 days after the state election.

Ms Palaszczuk made history as the first woman to be elected twice as premier.

CFMEU branch secretary Michael Ravbar said the cabinet was not what Queensland needed, especially for rebuilding its relationship with regional Queensland.

“Unfortunately, some of the new team do not have the capacity and or work ethic to do anything really good for Queensland,” he said.

“Some of the current ministers have failed as ministers in the past but unbelievably, for some reason are still there.

“The Premier must have kept these individuals and their portfolios based on friendship and/or loyalty because it would not be based on performance.”

Mr Ravbar did not reveal who he was referring to.

Pauline Hanson’s One Nation Party has announced ousted member for Buderim Steve Dickson will remain as its leader, despite him not having a seat in Parliament.

The party’s only elected member is Stephen Andrew, who won the seat of Mirani in north Queensland.

Mr Dickson said his duties would include supporting Mr Andrew and preparing for the next Queensland election which is due in just under three years.